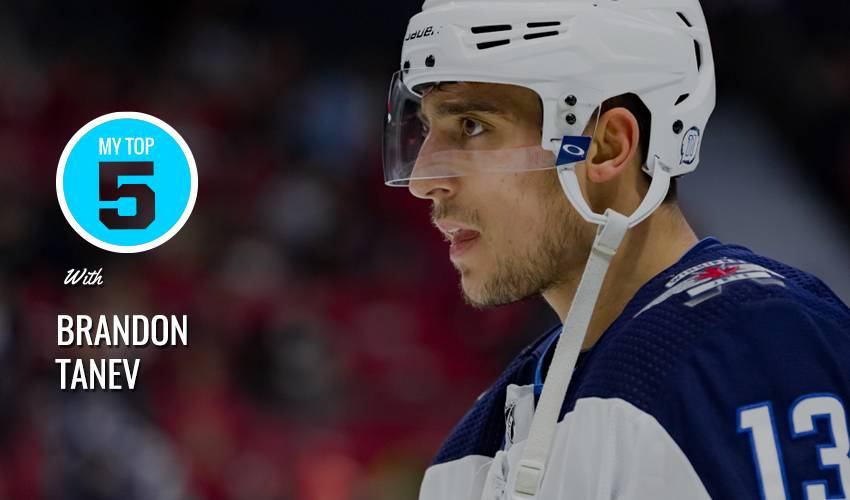 Brandon Tanev, grill master? While he admittedly doesn’t have the same culinary skills as some of the renowned chefs he watches on the Food Network, the 27-year-old forward is certainly no slouch when it comes to creating top-notch BBQ cuisine.

The left wing, who signed a six-year, $21 million contract with the Pittsburgh Penguins on July 1 as an unrestricted free agent, stopped by NHLPA.com to share his top summer BBQ favourites.

A word of advice: if you like spice, Tanev’s your man.

So, does he get rave reviews for his grill skills?

“Sometimes. Most times, yes. Other times, it might be a little hot for some people. It can get pretty spicy, so it’s hit or miss. If they’re good with spices, it works out well. If not, they might be sweating too much.”

“I love a good hamburger. I load it up with everything. Whatever’s there, I’ll put it on. I’ll go with lettuce, tomato, ketchup, mustard, avocado, some onions, mushrooms and a fried egg. Maybe some Tzatziki as well.”

“When it comes to Italian sausages, same thing – ketchup, mustard, hot peppers. I’m really into spice, so anything that I can get that’s super spicy is great. Hot pepper paste or hot peppers, onions, sauerkraut – I throw that all on.”

“I really enjoy grilling corn on the BBQ. I usually do that… get it all spiced up with salt, pepper and cayenne pepper. Obviously, throw on some butter, put it on the grill and get it nice and crispy.”

“I really enjoy cooking a nice steak on the BBQ. Definitely medium rare and I love to load it up with horseradish. It’s one of my favourites during the summer. I’m really about going out and trying different places, but I do like having that time to BBQ. I get a lot of ideas watching cooking shows.”

5. Throw a shrimp on the barbie

“I do a Cajun-style shrimp on the BBQ. Gordon Ramsay has a shrimp recipe that adds a little bit of citrus, cayenne pepper, salt and pepper. You grill those and get them a little crispy. Any time you can watch those cooking shows, they give you so many good ideas, especially for the summertime.”

“He brings it every night," says Winnipeg Jets teammate Adam Lowry. "He’s a heart-and-soul player. I think he’s vital to our success."

Brandon Tanev has no reservations about being a foodie and is always on the lookout for cool spots to enjoy dinner near his summer home.