The Ted Lindsay Award is presented annually to the “Most Outstanding Player” in the NHL as voted by fellow members of the NHLPA. It remains the only award voted on by the players themselves, carrying on the tradition established by the Lester B. Pearson Award dating back to the 1970-71 season. The Ted Lindsay Award (TLA) recipient is chosen by his peers as the “most outstanding player” for the regular season, representing the highest level of respect and the ultimate peer review. The Award honours Ted Lindsay, an All-Star forward known for his skill, tenacity, leadership, and for his role in establishing the original Players' Association.

The Ted Lindsay Award is named in honour of former Detroit Red Wings great Ted Lindsay, a member of the Hall of Fame and four-time Stanley Cup Champion. Lindsay’s competitive nature, focus on players’ rights, and pioneering work as president of the original Players’ Association laid the groundwork for the current NHLPA.

The “most outstanding player” award was first introduced as the Lester B. Pearson Award following the 1970-71 National Hockey League (NHL) season. The award was named after the 14th Prime Minister of Canada and Nobel Peace Prize winner.

The Lester B. Pearson Award was presented to 22 different players over 38 seasons. Some of the most decorated names in hockey history have been voted “most outstanding player,” including Phil Esposito, Bobby Orr, Guy Lafleur and Alex Ovechkin.

Wayne Gretzky was the most decorated Award recipient during the Pearson era, taking home the honour on five occasions, including four consecutive years. Mario Lemieux captured the Award four times but never in back-to-back seasons. In 1993-94, Sergei Fedorov became the first non-Canadian born player to receive the Award, opening the door for other European players to receive the coveted prize, representing the international flavor of modern hockey.

2008-09 marked the final presentation of the Lester B. Pearson Award, as the Players would choose to honour one of the legends of the game and the Association by re-naming the award after Ted Lindsay. While the name has changed, the history of the Award and its significance for NHLPA members remains as strong as ever.

The inaugural recipient of the Ted Lindsay Award was Washington Capitals forward Alexander Ovechkin in 2009-10. After receiving the final two Awards of the Lester B. Pearson Award era, the Russian superstar became the first player since Wayne Gretzky in the 1980s to be named “most outstanding player” in three consecutive seasons. 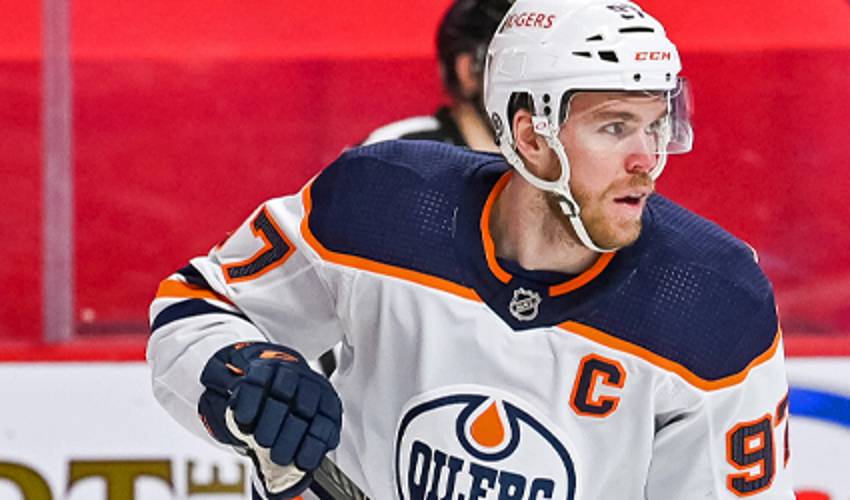 McDavid played in all 56 of Edmonton’s regular-season games to help lead the Oilers to a second-place finish in the North Division. The 24-year-old forward led the league in points (105) to win his third Art Ross Trophy, finishing 21 points ahead of the next highest scorer. He also paced all players in assists (72), points per game (1.88), power-play points (37) and even-strength points (68). McDavid recorded 33 multi-point games, and finished second in goals (33), game-winning goals (11) and even-strength goals (24). He averaged the second-highest time on ice per game (22:09) of his career – fourth among NHL forwards.

History Of The Ted Lindsay Award