Ben Scrivens & Matt Greene Give Back To Kids in Hawthorne, CA 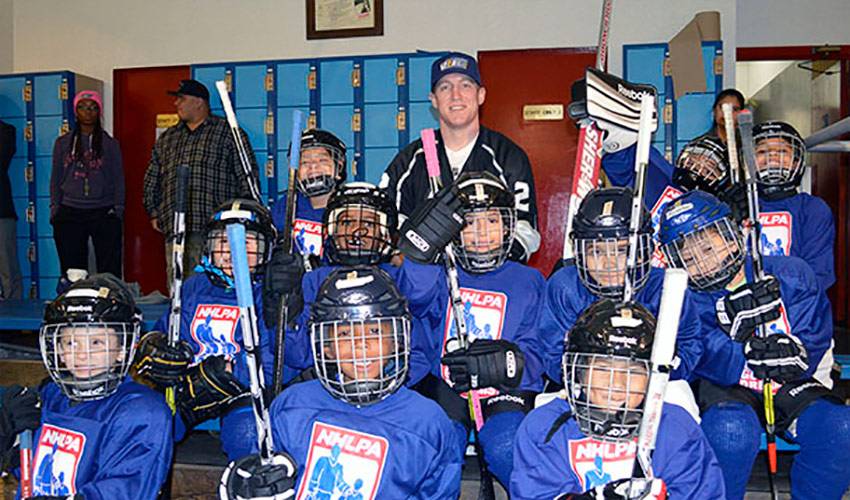 Hawthorne, a suburb of Los Angeles, is a community filled with multiculturalism, and despite being only a few miles from the Los Angeles Kings practice facility, you will not find the streets filled with kids wearing Brown, Quick or Doughty Kings jerseys. For many of the children living in this financially-strapped community, hockey is not the sport of choice, or even opportunity. The majority have never watched a hockey game or even stepped inside a hockey arena.

But for 24 children in Hawthorne, that all changed just 6 weeks ago with the help of the Hawthorne Police Department and the NHLPA Goals & Dreams fund.

With 20 brand new sets of gear donated to the Hawthorne Police Force through the NHLPA Goals & Dreams Fund, a new community initiative was developed to improve the relationship between police and the families they serve to protect. Hawthorne Police are using hockey to help bring them closer to the diverse group of children living in their community.

“Without this gear, our program does not exist. These kids will be forever changed because of the players’ donation of gear to our hockey program. We can’t thank them enough for what they have done for our community,” said Sergeant, Chris Cognac, founder of the Hawthorne Force Youth Ice Hockey program.

Armed with countless volunteers of police officers , players from the LA Chill women’s hockey team, and local minor hockey players, the Hawthorne Force hockey team spent the last 6 weeks with the local kids going over the basics of the game, from skating to the fundamentals needed to playing their first game of hockey. For the vast majority of these kids, putting on hockey equipment was an experience in and of itself.

“This gear is awesome, thank you players!” said, Rigo Sanchez, 7 years old and one of the recipients of the players’ donation.

On Monday, 6 weeks of hard work would pay off as the kids participated in their first ever hockey game. The game was complete with all the elements that could be found inside the Staples Center during a Kings game; with the Hawthorne Police Honor Guard, the playing of the National Anthem, the Kings Game Crew, and of course, the Kings’ mascot, Bailey.

But the real highlight for the kids were the two guest coaches. NHLPA members, and LA Kings teammates Ben Scrivens and Matt Greene helped lead the event by coaching Team Blue Force and Team Red Force as the two teams faced off to win the Goals & Dreams Cup. The action was fierce, and the crowd was enthusiastic. While both teams battled hard, Team Red Force secured the big victory over Team Blue Force, thanks to the guidance of coach Ben Scrivens.

.@Scrivens_30 and his 'Red Force' team at the @NHLPA #GoalsAndDreams event with the @HawthornePD force last night. pic.twitter.com/FnLLDwrWCS 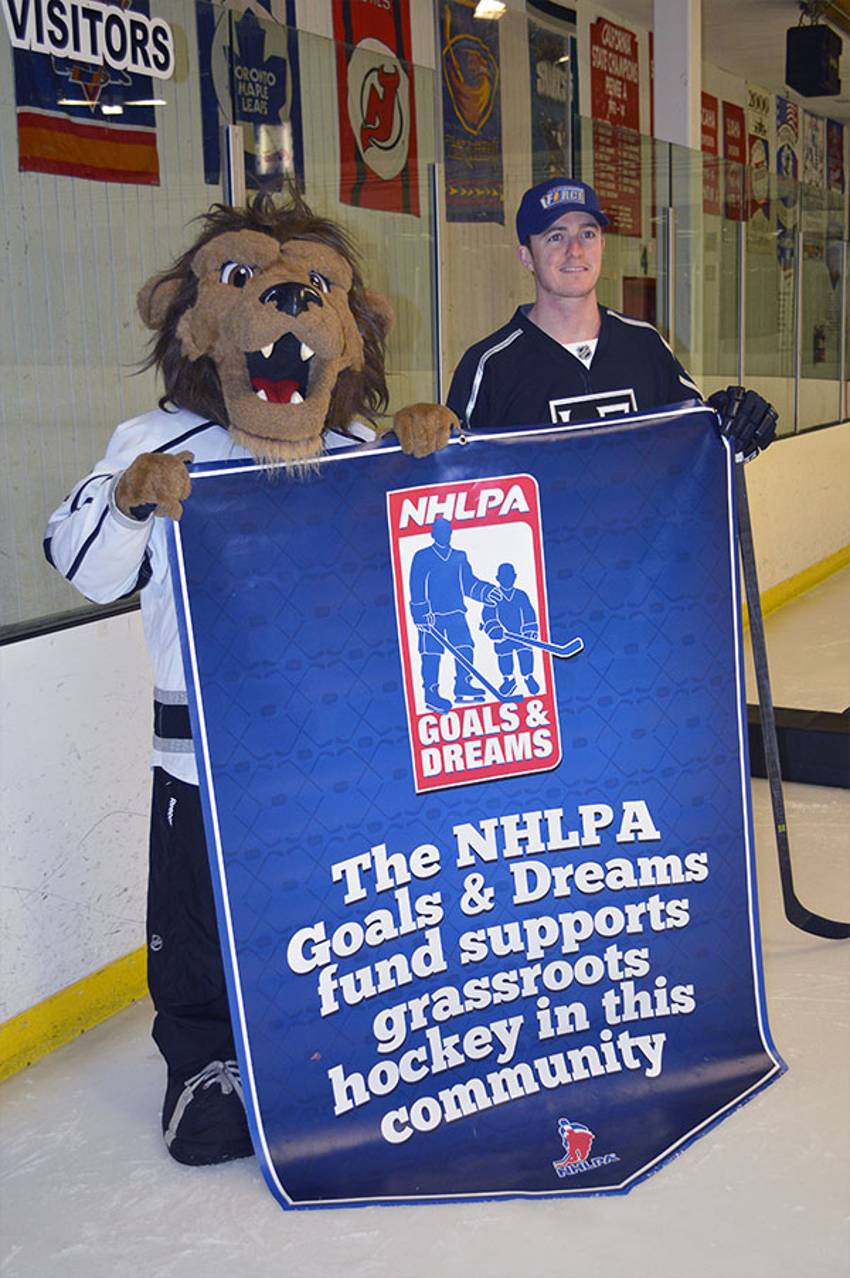 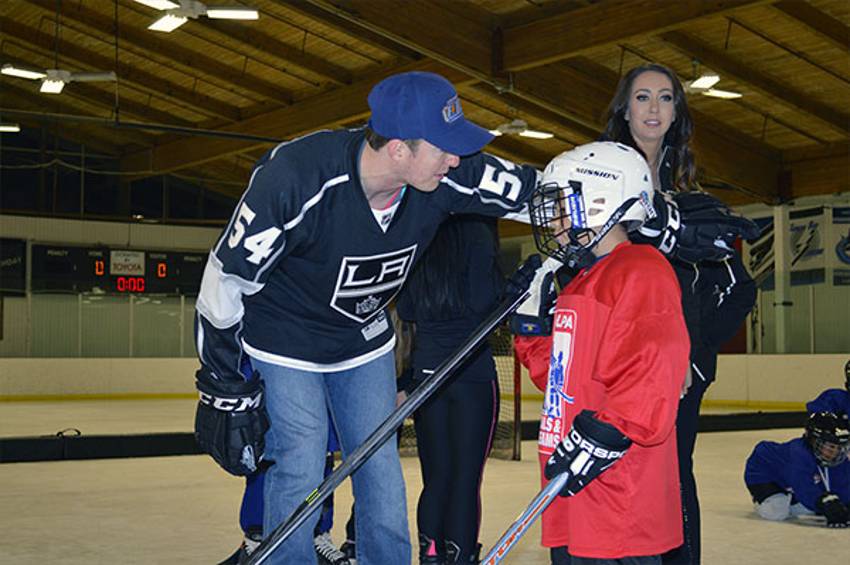 Ben Scrivens - Player of the Week

After Jonathan Quick went down with an injury, Ben Scrivens has stepped-in and had an incredible stretch of 4 solid games for the Kings. His play recently makes Ben the Player of the Week!

Player of the Week: Ben Scrivens

Ben Scrivens has taken control of the crease in Toronto, following James Reimer's injury and after posting back-to-back shutouts over Ottawa and Florida, his stellar play has made him the Player of the Week!