The Carolina Hurricanes say goaltender Petr Mrazek is recovering from surgery on his right thumb. 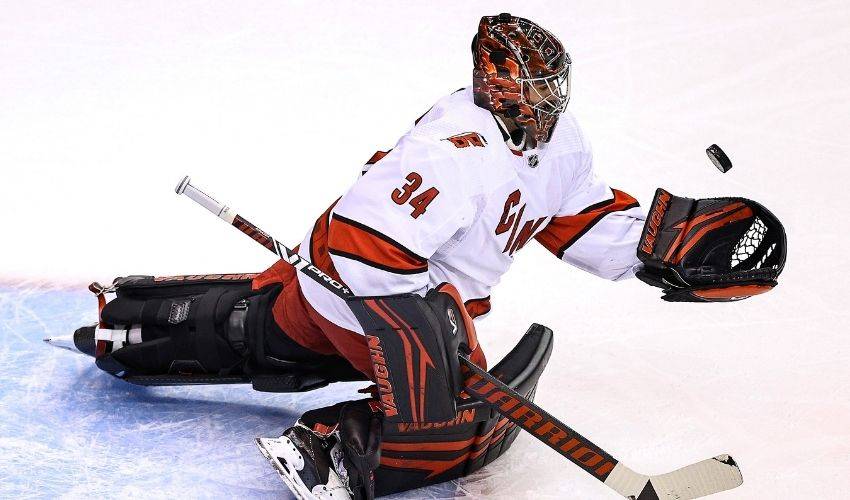 The team announced the surgery Wednesday. He was knocked out of Saturday's win against Dallas and hasn't played since.

The Hurricanes say a timetable for his return will be determined, though coach Rod Brind'Amour said Wednesday it could be a “long-term kind of injury.” Brind'Amour called the loss of Mrazek “a big blow, obviously.”

The 28-year-old Mrazek leads all NHL goaltenders with a 0.99 goals-against average as well as a .955 save percentage. Mrazek has two shutouts in four appearances this year.

Mrazek's absence means the Hurricanes will lean more on on James Reimer, who entered the year as part of a tandem with Mrazek, and Alex Nedeljkovic.

Carolina plays the second half of a two-game set at Chicago on Thursday. The Hurricanes have won six of seven to start the season, including all four games since returning from a COVID-19 pause that led to the postponement of four games.