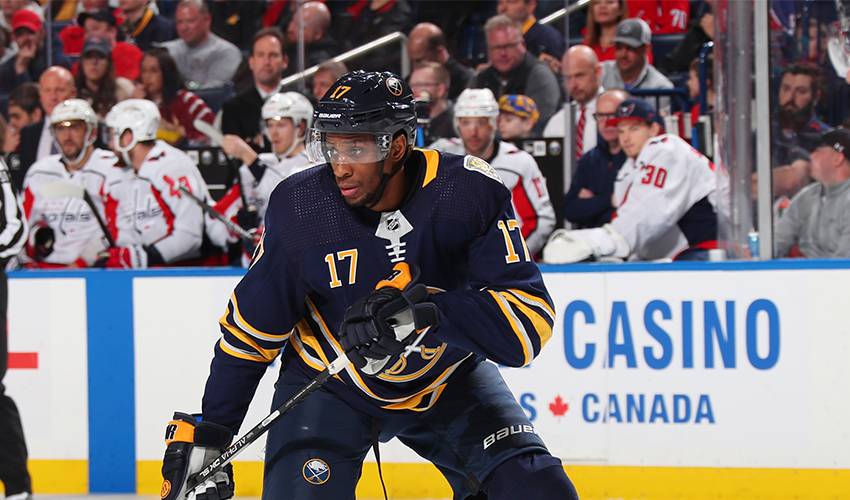 When a young Wayne Simmonds told his parents he wanted to play hockey, his parents gave him a homework assignment: familiarize himself with Willie O’Ree.

“Growing up, the first thing my parents did once they realized I wanted to play hockey, they told me I had to study Willie O’Ree,” recalled Simmonds. “So that’s what I did. I studied Willie O’Ree and I got to know about his life and what he went through.”

Twelve years into his own big league career, Simmonds has proven to be a model student, full of knowledge about the man who became a hockey trailblazer.

The talk was held one day before Juneteenth, the holiday that marks the emancipation of those who had been enslaved in the United States.

Simmonds, who began his NHL career with Los Angeles in 2008, was moved by what he saw in the documentary.

“I thought it was great. Watching that documentary, it was unbelievable to see the things that he went through. The fact that he has relationships that have spanned over 70 years with individuals, I think that shows you just how great of a human being he actually is. The adversity that he went through, being the first black player in the NHL, in 1958, growing up, worrying about all of that… it gave me chills. It made me want to be like him, to advance the talks about racism in hockey. Even though Willie went through those things back then, we're still facing these things today."

"When somebody calls you a racial slur, it pierces [your] bubble. The world becomes very real again. It can be a lonely and infuriating feeling.⁠"

In 2018, @Simmonds17 recalled the times he heard racial slurs on the ice.https://t.co/jxD8OaH1dO

Simmonds spoke of an incident that happened in London, Ontario, nearly nine years ago.

Then a member of the Philadelphia Flyers, a fan threw a banana at Simmonds when he was in the middle of a shootout attempt during a pre-season game against the Detroit Red Wings.

“I didn't want to give that person gratification to let them know that it actually got to me, so I kind of just kept moving forward and continued what I was doing," he recalled.

For the record, Simmonds scored.

Part of the recently formed Hockey Diversity Alliance, along with six other current and former NHL players, Simmonds, who said little after the London incident, is now using his voice to educate others on the impact of racism in hockey and society.

The veteran of 909 NHL games is committed to pushing for change.

"Whatever way I can do that, whether it's sharing my personal stories or being a part of the Hockey Diversity Alliance, to where now we could actually have a say in what happening in our sport, I'm going to do whatever it takes to illustrate that point, to get it out there and to make it better."

We are proud to announce the formation of the Hockey Diversity Alliance 🏒✊🏿 pic.twitter.com/TAucuYJxp2

He also has a message for young hockey players who have faced discrimination.

Simmonds views his contributions in carrying on the efforts of O’Ree as an honour.

“To kind of grow up in Willie’s footsteps, I think in watching the movie, there were two things that stuck out to me that I felt were extremely important. First of all, he made the NHL when it was the Original Six. There were only six teams, and he only had one good eye. For anybody to play in the NHL at that time, with one good eye, it’s remarkable – never mind being black, in 1958. That was incredible. The second thing that stuck out to me the most was the perseverance of Willie. It was an amazing watch for sure.”

It also reminded Simmonds of why pushing for inclusivity in hockey is high on his list of priorities.

“We want to make it comfortable for everyone to come to the rink. We want to make hockey a game that truly is for everybody. I think this is the greatest game in the world.”

One that is lucky to have players and people like Simmonds as part of it.

“My mom taught me well. She said, ‘Don’t pay attention to all the haters, do what you’re going to do, and always give back to the hockey community.’”

Two things that Simmonds continues to earn top marks in.