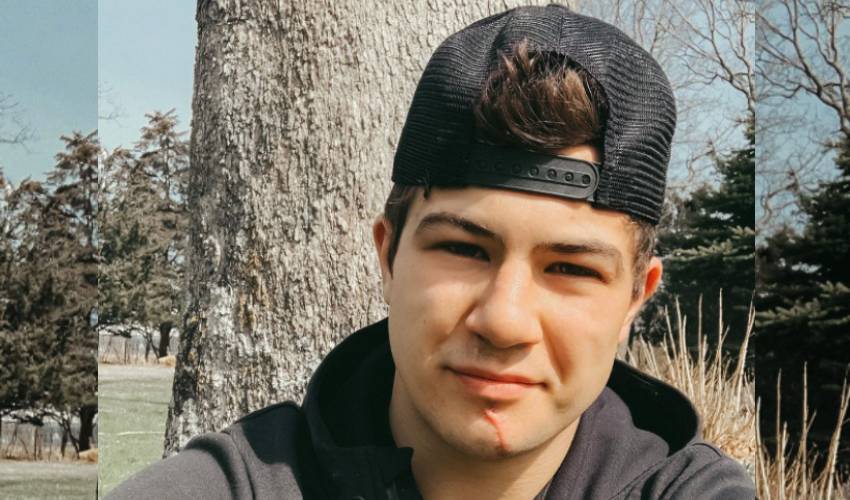 You are probably spending a lot of time with you. We may as well make this quarantine as pleasant as possible.

Connor Carrick would much rather be playing hockey. But with the NHL season on pause due to the COVID-19 pandemic, the 25-year-old has been taking to social media to connect with fans, offering up hopeful words and helpful tips during times of self-isolation and social distancing.

A passionate mental health advocate, the defenceman has been regularly sharing his thoughts on dealing with the new normal.

“I would say that maybe five or six days in the week, try and maintain something that looks like your normal routine. If you’re working from home, set up a space in your house, if you can, that’s dedicated to that. I always recommend movement in a day, so if you are going to have your little home gym, if it’s as simple as couple of lunges, squats, sit-ups and pushups – try and find an area for that. It’s something I try to do, to get into the zone, as you would when you go out somewhere.

“The other side of the coin is trying to look at the break in routine, with the understanding your health and finances are more pressing, which is something we should all be sensitive to. But you would never award yourself this freedom of thought or break in routine voluntarily. Once this situation is relieved, you have the rest of your life for routine or going back to what you were doing.”

In a recent Instagram post, the Illinois native presented a list of things he had always wanted to do, but told himself he was too busy for, pre-COVID.

From sleeping nine hours, to reading the book “Stealing Fire,” to doing extended cardio and myofascial stretching, Carrick is working to keep his body and mind in shape.

Nicknamed “The Iceman,” Hof has broken several records related to cold exposure. His feats include climbing Mount Kilimanjaro in shorts, running a half marathon above the Arctic Circle on his bare feet, and standing in a container while covered with ice cubes for more than 112 minutes.

Carrick has been utilizing breathing exercises and meditation as helpful tools during his time away from the rink.

“For meditation work, I’ve been using Headspace. I haven’t used the Calm app, but I’ve heard it’s really good. I’ve been trying to do Wim Hof breathing every day. He’s got some good techniques based on what you want to feel. I’ve been going to YouTube to watch his videos. He does have an app that I’ve downloaded too. I’ve also been putting the link on my Instagram story. It’s really something. It’s amazing how you feel once you oxygenate your tissue.”

Slowing things down has been an eye-opener for Carrick, who has been using Kindle for most of his reading material.

“Typically, I would be up early every day and it would be pedal to the metal. It’s a sprint to four o’clock to see what I can get done. It would be a quick break, usually, and then try and pick it right up after dinner. The pace of modern life, it’s just so fast, that the slowing of everything, in that regard, has been pleasant. I’ve been working out in the day – that’s about an hour or two – and trying to read a good amount. Now’s a good time to work on those new habits you can hopefully stick to when normal life returns.”

The veteran of 230 NHL games has found a measure of happiness through an appreciation for the simpler moments found throughout a day.

Little things, he noted, have come to mean a lot.

“I’ve really enjoyed the freedom of mind, the lingering mornings, and just how calm the evening is after dinnertime. Some days you wake up, and have a calmer pace to things and other days – maybe you woke up late – you feel frazzled. You want to do those little things, where you pay attention to what’s going on around you, the moments that give you a little glimpse of serenity that right now you have space for.”

It’s one of several tips Carrick will continue to share with his 47,000-plus Instagram followers before and after hockey resumes.

Not surprisingly, his final thought for the day is an uplifting one.

“We want to get back and we’re doing everything we can to stay ready to be the best for our teams, our teammates and our fans. Right now, the stresses are unique to this time. Try and do your best to make life a little easier for yourself, your friends and family.”

Whether he’s at home or on the road, Connor Carrick enjoys checking out the newest roaster spots or heading back to visit some of his old favourites.

What would Connor Carrick be doing if he wasn't a hockey player? Answer to that and more in the recently engaged defenceman's Player Q&A!