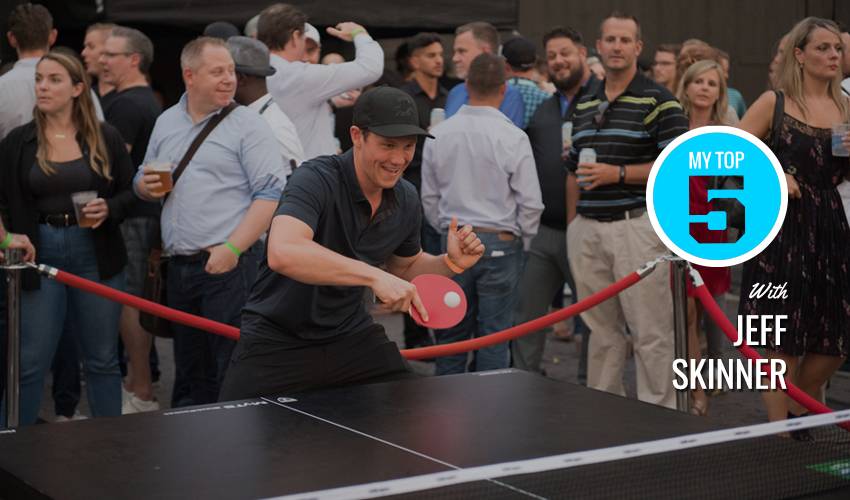 He’s a smash hit on the ice, but he’s no slouch off it either.

Jeff Skinner will once again bring his ping-pong skills to Smashfest VIII, the annual charity event that takes place on July 25 in Toronto.

The 27-year-old left wing, who scored an NHL career-best 40 goals last season with Buffalo, is looking forward to taking his shot at Smashfest glory.

Skinner stopped by NHLPA.com to serve up his favourite things about one of hockey’s most unique player-run charity fundraisers.

Top reasons Smashfest is a hit

“Obviously, the event supports great causes [concussion research and rare cancers research]. It’s a fun event, but it’s nice to be able to be part of something meaningful for those causes. That’s definitely the No. 1 thing that makes Smashfest special.”

“My buddies really look forward to going and they have a great time there. I’ve been to every one except for one year. It’s become the highlight of their summer. It’s a fun time for all of us and it’s great to have your own cheering section.”

“It’s very unique in the way you are able to connect with the fans. The people that come really seem to enjoy it and it gives the players a chance to talk with fans throughout the night. If it’s a golf tournament, it’s usually with your foursome. With this, it’s a setting where you get to mingle with fans. That makes it a lot of fun.”

“You get the chance to meet and socialize with guys you play against, or guys that you might not have met on a personal level. Maybe your teammates are there too – that part’s pretty cool. It’s a pretty relaxed atmosphere, which makes for a really fun evening.”