200 pucks a day pays off for Beagle 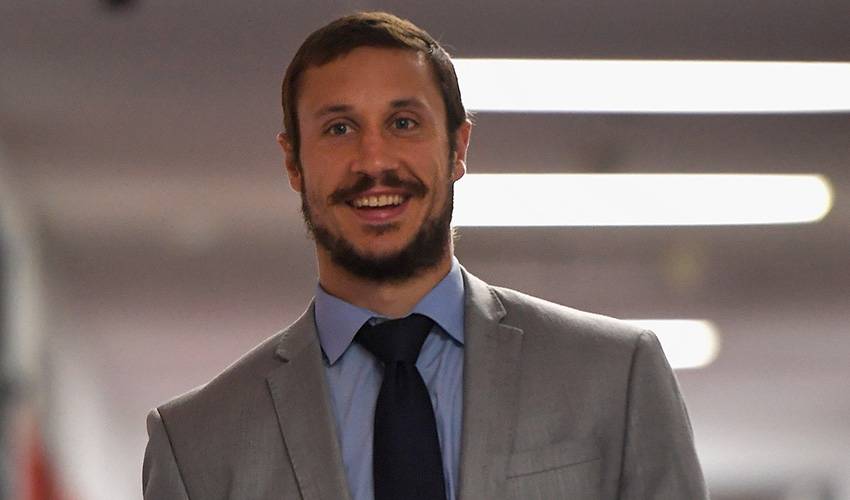 Primarily known for his stellar defensive work, Beagle made the decision to use the 2014 summer months to focus on adding some points pop into his on-ice repertoire.

His game plan included taking his best shot, literally. The 32-year-old fired 200 pucks a day off a board in his off-season home in his native Calgary.

“I made one that had another net in the back of it, so if I missed, it wouldn’t cause any problems,” Beagle told NHLPA.com at the time. “I was out there pretty much every day. I also rented ice, just for myself. I’ve always done that, but I did it earlier in the year, about 2-3 weeks earlier than I usually do. I wanted to come into camp ready to go.

“When our season ended (in 2013-14), it didn’t take long for me to start thinking of what I could do to add some more offence into my game. Killing penalties, I think that played a large part in me getting to this level. But in that summer, I was really focused on building my overall game.”

The hard work paid off with 10 goals and 10 assists – both career-best marks – in 62 regular season games in 2014-15. Two campaigns later, Beagle bettered those numbers with 13 goals and 30 points.

Those off-season efforts also carried over into his post-season play.

In 22 Stanley Cup Playoff games this year, Beagle has two goals, including one game-winning tally, along with eight points. He’s also fashioning a 60.96 per cent strike rate in the face-off circle.

The centreman chipped in with a pair of assists in Washington’s Game 3 win in the Stanley Cup Final, a 3-1 victory on home ice.

“As a player, this is why we play,” said Beagle, who recorded 107 points (38 goals, 69 assists) and 214 penalty minutes in two Alberta Junior Hockey League seasons. “It's something, to be honest with you, I thought would have happened sooner with the teams I've been on, how good we've been in the past in the regular season and stuff. It was something that you thought we were going to get to the last three or four years, and before that five, six years ago.”

Beagle, fourth in the League in 2017-18 among players who took at least 500 face-offs, sporting a 58.5 winning percentage, isn’t wasting his chance to help the franchise celebrate its first championship.

“I've been fortunate and blessed to be with this organization, with such a great team,” he said. “It's been a lot of fun. As you get older, you start to be like, okay, these opportunities don't come along that much. It makes it that much more fun, that much more exciting, as well. It’s what you play the game for. It's exciting. You have to make sure you take advantage of it, play your best game tomorrow.”

Those he met during his two seasons (2005-07) at the University of Alaska Anchorage are thrilled to see him thriving at the NHL level.

"He was a fun kid when he was here," said Kevin Lechtenberg, Associate Athletic Trainer at UAA. "He always had a smile on his face and his teammates really liked him. It's nice to see that he's stuck in the League and playing alongside some big names. He's done quite well for himself."