The new deal will pay the 28-year-old Hertl $65.1 million over eight years at an average of more than $8 million per season. 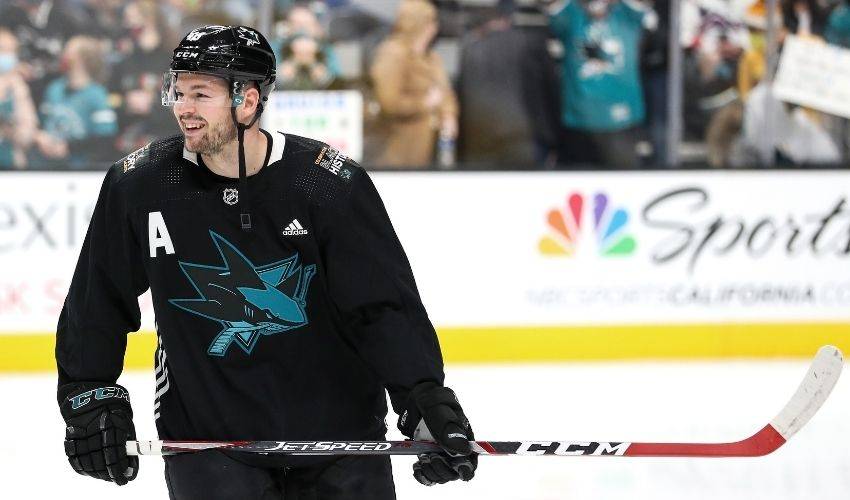 SAN JOSE, Calif. (AP) — The San Jose Sharks agreed Wednesday on an eight-year contract extension with Tomas Hertl, locking up their star center for the long term instead of dealing him away at the trade deadline.

The Sharks had been committed to trying to keep Hertl but wanted to get the extension in place before Monday's trade deadline. Hertl was in the final year of a $22.5 million, four-year contract and could have been an unrestricted free agent this summer without an extension.

The new deal will pay the 28-year-old Hertl $65.1 million over eight years at an average of more than $8 million per season. He will be under contract through the 2029-30 season.

“My heart was always here at home with (the) Sharks,” Hertl said. “I didn’t want to leave, but you never know. At the end of the day it’s business. I’m excited to be here and signed for many years.”

The terms of the deal are just slightly higher than the one captain Logan Couture signed with San Jose in 2018.

The Sharks entered the day in 13th place in the Western Conference and are in danger of missing the playoffs for a third straight season for the first time in franchise history.

But they still made the decision to build around Hertl rather than try to deal him away for draft picks or prospects.

Hertl is tied for the team lead this season with 25 goals and is second with 48 points, while often matching up with the opponent’s top line.