The native of Vihti, Finland, tied for first among NHL rookies with four game-winning goals. 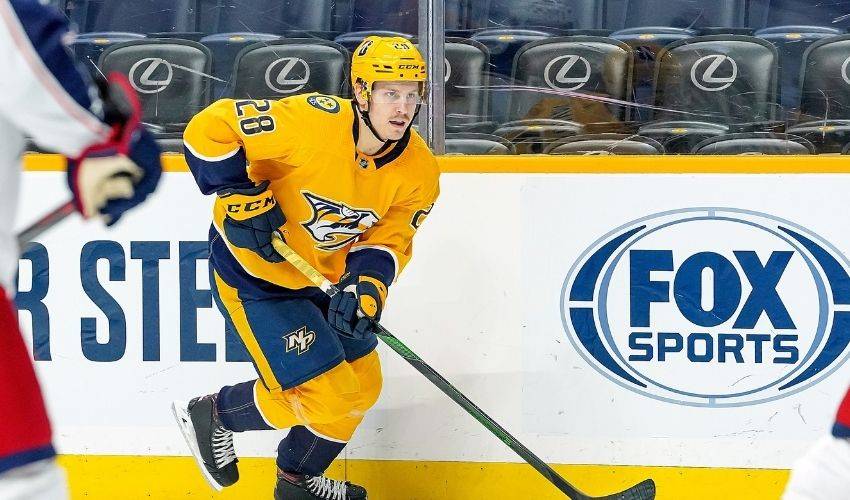 Tolvanen, 22, just finished his first full NHL season. He scored 22 points in 40 games, and his 11 goals ranked fourth on the Predators as the most by a Nashville rookie since Filip Forsberg had 26 in 2014-15.

The native of Vihti, Finland, tied for first among NHL rookies with four game-winning goals. He tied for second in power-play goals and was third with 12 power-play points. He had three multi-point games.

Tolvanen was the 30th overall draft pick in 2017 and has played in 47 career NHL games. He became the fifth-youngest player to debut at the age of 18 years, 343 days on March 31, 2018, against Buffalo. He played for Jokerit in the KHL and played for Finland in the 2018 Winter Olympics where he had nine points in five games.