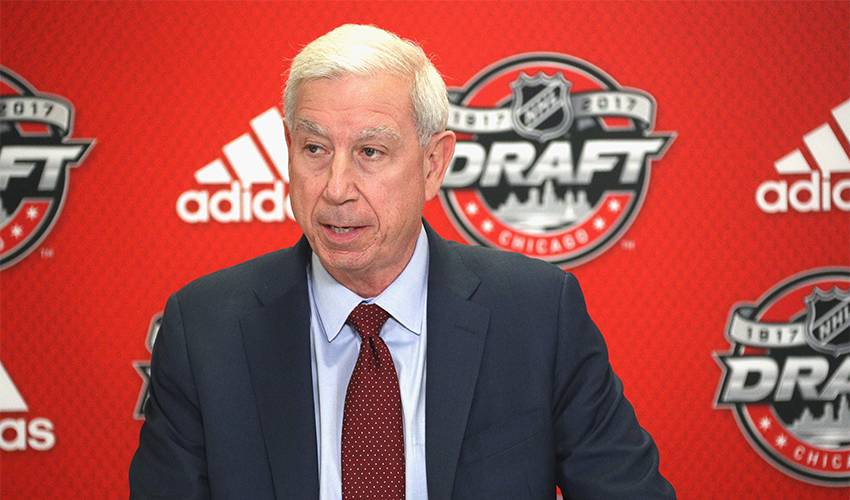 The surprising move, coming with the NHL season on pause because of the coronavirus pandemic, raises all sorts of questions about the direction of one of the league's marquee franchises. McDonough had been supportive of general manager Stan Bowman despite three straight seasons of results.

Owner Rocky Wirtz says it was a difficult move, but he thinks it's the “right decision for the future of the organization and its fans.” Danny Wirtz, Rocky's 43-year-old son and a with the team, is replacing McDonough on an interim basis.

The 66-year-old McDonough is one of the most respected figures in sports business. He was president of the Chicago Cubs before he was hired by Rocky Wirtz in 2007 to take over the Blackhawks.

McDonough was a pivotal figure in Chicago's rise to the top of the NHL on and off the ice. The team has an active sellout streak of 531 games. The organization is well known for its fan experience and marketing effort.

Jay Cohen can be reached at https://twitter.com/jcohenap