As a youngster, everywhere Anthony Cirelli went, he chased around a ball with a small hockey stick, even when he went to his grandparents home for a visit. There were no breaks for him. 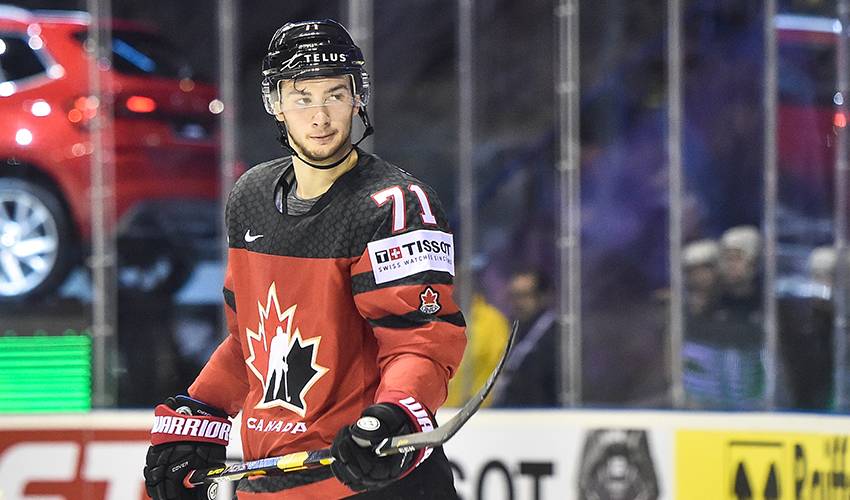 As a youngster, everywhere Anthony Cirelli went, he chased around a ball with a small hockey stick, even when he went to his grandparents' home for a visit. There were no breaks for him.

He then learned to skate and fell even further for the game. The game has loved him back. Sure, that didn’t seem to be the case when his Tampa Bay Lightning were shocked and swept in the first round of the Stanley Cup playoffs by the Columbus Blue Jackets this spring.

Cirelli, however, was asked to prolong his season with a spot on Canada’s roster for the 2019 IIHF World Championship in Slovakia. He jumped at the chance to don a Canadian sweater again and experience more pressure-packed play. He scored three goals as part of four points over the tournament's 10 games.

“Yeah, for sure I feel fortunate at how many big games, big series I’ve been able to pay in,” said the 21-year-old Cirelli, who arrived home from Slovakia with a silver medal.

“Being young and on those long playoff runs, experiencing high-pressure moments, are important lessons to go through.”

There have been some special on-ice celebrations for Cirelli and heartbreakers like on Sunday when Canada lost 3-1 in the gold-medal final to Finland. The Canadians outshot their opponents 44-22, but they didn’t have the touch around Finnish goal they needed to pull out a victory.

“Anytime you get a chance to represent your country it’s a special experience,” Cirelli said. “We had a good group that got better as the tournament went on.”

Unfortunately for Cirelli and his Canadian teammates, the bounces didn’t go their way in the gold-medal final. It was a similar situation in the 2017 world junior gold-medal final when Cirelli and Canada were defeated 5-4 in a shootout by Charlie McAvoy and the United States.

But don’t feel sorry for Cirelli. There was a time the native of Woodbridge, Ontario, collected championships like kids collect hockey cards.

The first was when he was the 10-year-old captain in atom for the Humberview Huskies with his father Rocco as one of the coaches.

The summer he turned 16 Cirelli had signed up to play for the Mississauga Chargers of the Ontario Junior Hockey League, a Tier II loop and a notch below the OHL.

Cirelli had gone undetected in the 2014 OHL draft. He played minor hockey with his friends on the Mississauga Reps, and despite his talent level, he had fallen through the cracks.

But the coach of the Chargers, Joe Washkurak, was a longtime scout for the Oshawa Generals and pushed for his new player to get a tryout with the OHL club.

Washkurak has a job for life with the Generals as a result.

The walk-on recruit not only made the Oshawa roster he delivered the overtime winner in the 2015 Memorial Cup final against the Kelowna Rockets in Quebec City.

Cirelli was on the radar.

When the 2015 NHL Draft rolled around a few weeks later, the Lightning selected him in the third round (72nd overall).

Cirelli later was named the captain of the Generals. But in his final junior season (2016-17), he was traded to the Erie Otters and won another OHL championship, the J. Ross Robertson Cup, with his new teammates Alex DeBrincat, Warren Foegele, and Dylan Strome.

Cirelli almost won another Memorial Cup title, too. But the Otters were upended 4-3 in the final by the host Windsor Spitfires.

In his first year as a pro in 2017-18, Cirelli started with the American Hockey League's Syracuse Crunch. But after 51 games he was promoted to the NHL when Lightning star Nikita Kucherov suffered an injury.

Cirelli was in the show to stay. He helped the Lightning advance to the Eastern Conference against the Washington Capitals a year ago.

“I think it’s done a lot,” said Cirelli, when asked about the importance of playing in so many big games internationally and championship series. “It’s taught me how much of grind it is in terms of how long you have to play in a season. The experiences have taught me what to expect, and it’s me a lot in my career."