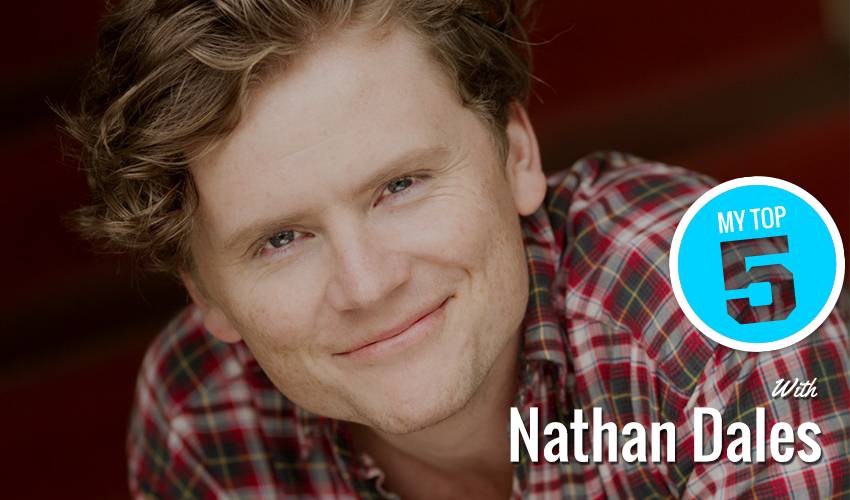 Got to have my face on the Jumbotron at the Flames game last night. I’ve been going to games at the Dome and watching the screen since I was very young. That was pretty cool.
Thnks @NHLFlames for having me at the games this week. You guys are swell. Not the best pic pic.twitter.com/BBkZEHzav5

A native of Calgary, the talented actor stopped by NHLPA.com to deliver his favourite Flames players of all time  - not in any specific order – including a former captain he managed to get his picture taken with.

“He was a goaltender who did a lot of good things for the Calgary Flames. He was in net for the Flames the same time I was a goaltender playing for a minor league lacrosse team. I always had an affinity for him because he was alone out there getting pounded – the Flames weren’t doing so well at that time – and I felt the same way a lot of the time on the lacrosse field.”

“Growing up and watching him be the face of the franchise was so interesting. A guy with a lot of class that can score goals, drop the gloves and make big plays. I had season’s tickets for Calgary’s Cup run in 2004 and I watched him play so well in the playoffs. It was so cool.

“I met Jarome in a bar in my teens. I think I was 18 or maybe I was underage. I can’t quite remember. I got a photograph with him when there was no such thing as camera phones. I had a disposable camera with me and got a picture with him. I’m trying to play it cool. So, in the photo, Jarome has this great smile and I basically look like I’m about to explode. Man, that was so cool.”

“I’m going with Johnny because of his size and skill. He’s such a good player. He’s small, but his speed, his stickhandling ability and his hands – he’s definitely fun to watch.”

“You have to take Lanny, no questions asked. Obviously, it’s because of his mustache…just kidding. He was fantastic.”

“I like him for some of the reasons I like Johnny Gaudreau. He was small, he was quick and he was an agitator. And boy did he have great hands.”