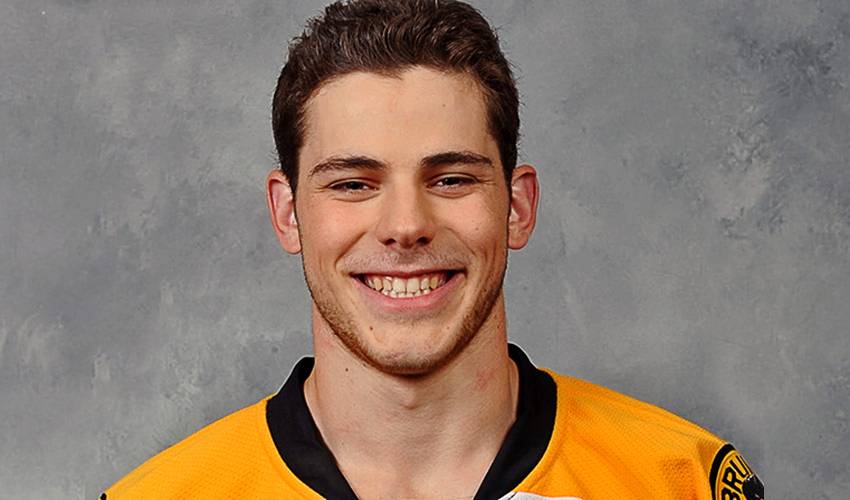 Known as one of the most skilled young hockey players around, Tyler Seguin has proven his success is not only limited to the NHL. The 20-year-old Brampton, Ontario native has recorded an impressive 13 goals and 23 points in only 15 games since joining EHC Biel in the Swiss Elite League.

Prior to returning to Boston this week during the Swiss League’s two-week break, Tyler scored four goals along with an assist in a 7-2 win over Servette, a team that boasts fellow locked-out NHL player Logan Couture. Tyler not only leads his team in scoring but also ranks fourth overall in league scoring. His tremendous speed and great puck skills have proven to be two of his greatest assets since joining the Swiss League and have helped his seamless transition into the European style of play.

His dedication and hard work ethic paid off early in his junior hockey career and have since carried over to his professional career. Tyler recorded 67 points (21G, 46A) with the Plymouth Whalers in 2008-09, his first season in the Ontario Hockey League. After training hard in the off-season, the 6’1” center had a breakout campaign finishing tied in league scoring (48G, 58A) with Taylor Hall then of the Windsor Spitfires, and a fellow NHL draftee of the 2010 class. Tyler’s play during the 2009-10 season garnered widespread attention in the hockey community leading to him being drafted 2nd overall behind Hall in the 2010 NHL Entry Draft by the Boston Bruins.

Tyler took part in this year’s All-State All Canadians Mentorship Camp where he practiced alongside, and provided valuable advice to 42 of the top bantam-aged players from across the country.