With NCAA March Madness in full swing, Brian Campbell got into the spirit by selecting four teammates – plus a head coach and mascot – who would join him on the court if the Chicago Blackhawks were allowed to have a squad in the tournament. 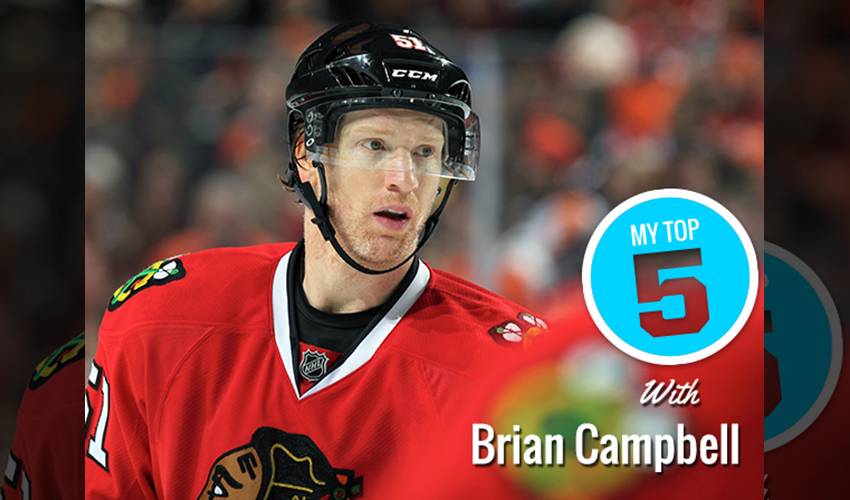 With NCAA March Madness in full swing, Chicago defenceman Brian Campbell got into the spirit by selecting four teammates – plus a head coach and mascot – who would join him on the court if the Blackhawks were allowed to have a squad in the tournament.

The veteran blueliner carefully constructed a team that boasts a little bit of everything, ranging from toughness, trash talk, finesse, height and muscle.

“I’d have (goaltender) Scott Darling as my centre. Well, he’s 6-foot-6 – that kind of sums it up. Tall guy and he’s got a beard, so he looks like an old school baller.”

“I’d have Kaner (Patrick Kane) as a point guard. That kind of speaks for itself – a great playmaker.”

“Brent Seabrook would be our power forward, so that he can toss his weight around a little bit.”

“I might have Ryan Hartman, an aggressive guy who gets the job done. He can trash talk a little bit, too.”

“For mascot, it would probably have to be Duncan Keith. He’d do a good job putting on the suit and getting the guys pumped up. He’d have some fun with that. For the coach, I think I’d go with Niklas Hjalmarsson. He’d look good in a suit on the sidelines. And he’d be very poised in that role.”

He Never Saw It Coming

Having A Lot of Fun in Florida