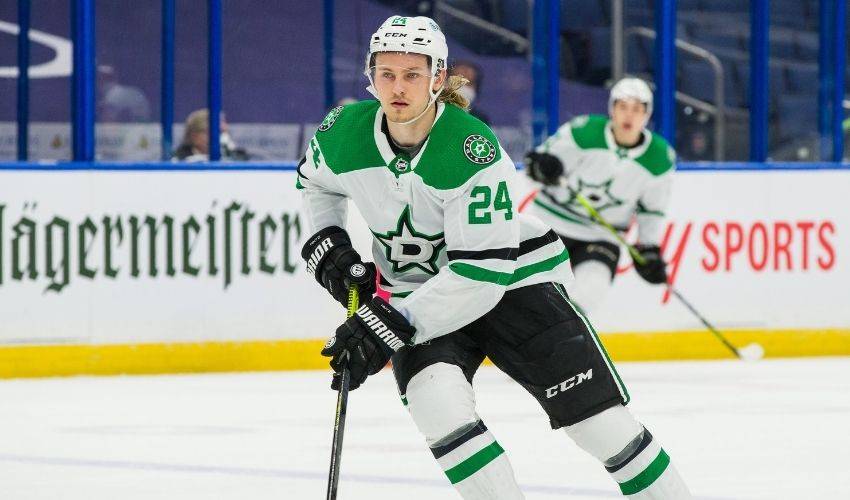 FRISCO, Texas (AP) — The Dallas Stars have signed center Roope Hintz, a nearly point-a-game player in the prime of his career, to a $67.6 million, eight-year contract extension.

“He brings so much to us,” Stars general manager Jim Nill said Tuesday. “He realizes now who he is. He came into the league three, four years ago finding his way. He started out probably as the third-line center man and very responsible, and all of a sudden he’s groomed into this No. 1 center man. You can just see the confidence that he has now.”

The Finland native set career highs with 37 goals and 35 assists last season, and has eight goals and 16 assists in 22 games this season for the Central Division-leading Stars.

The extension takes effect after the end of this season, when Hintz could have become a restricted free agent. It goes through the 2030-31 season and has an average value of $8.45 million.

“We wanted to do something quick if we could. We didn’t want this to drag on. It’s not easy for players during the season to live through negotiations," Nill said. "He’s a 6-foot-3, No. 1 center man in the NHL that can skate well and has got great skills and is putting up big points, so he’s a high-demand player. He’s a hard player to find.”

The Hintz contract is identical to the one defenseman Miro Heiskanen signed before last season. Before this season, the Stars signed restricted free agent Jason Robertson a $31 million, four-year deal, and goaltender Jake Oettinger to a $12 million, three-year deal. All three of those players are 23 years old. Robertson, a 41-goal scorer last season, leads the NHL with 19 goals in 23 games this season, and also has 17 assists.

“We now have our core signed up," Nill said. "Trying to get this core together, keep it together for as many years as we can, and that’s why we made this move now.”