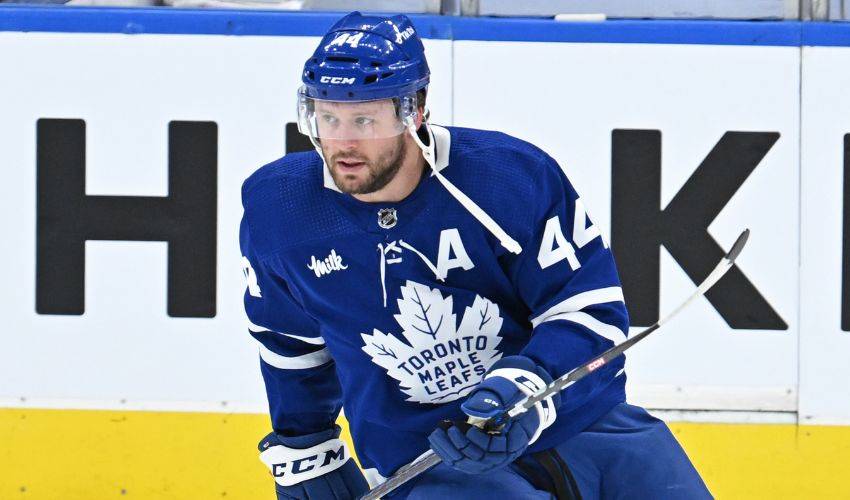 TORONTO — The Toronto Maple Leafs' defence has taken another huge hit, with the team placing Morgan Rielly on long-term injured reserve with a knee injury.

Rielly was injured on an awkward collision with New York forward Kyle Palmieri early in the third period of the Maple Leafs 3-2 overtime loss to the Islanders Monday night in Toronto.

Rielly has no goals and 16 assists in 20 games this season and is averaging 23 minutes per game of ice time.

His injury is a major blow to a defence core already missing shutdown defenceman Jake Muzzin long-term with a neck injury and top-four rearguard T.J. Brodie with an injured oblique.

Originally listed out for two weeks when added to IR on Nov. 14, Leafs coach Sheldon Keefe has said Brodie is recovering slower than anticipated and will miss Toronto's upcoming four-game road trip, starting Wednesday against the surging New Jersey Devils. Muzzin, meanwhile, is on long-term reserve and will be re-evaluated late February.

This report by The Canadian Press was first published Nov. 22, 2022.

MORGAN RIELLY KEEPS HIS EYE ON THE PRIZE

Morgan Rielly might be mum when it comes to what he won during his visit to the Canadian National Exhibition (CNE), but he has plenty to say about the World Cup of Hockey.