Kessel celebrated his milestone night by scoring his first goal since joining Vegas this season and the 400th of his career. 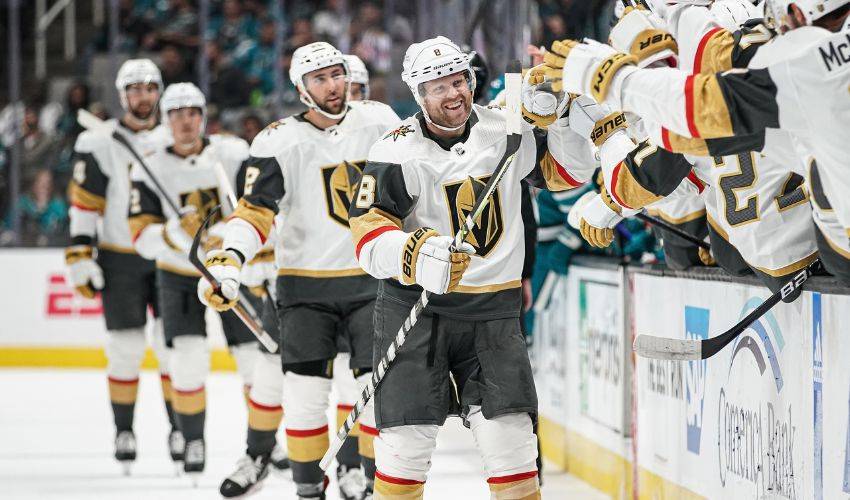 Regardless, the 17-year veteran found himself in the NHL spotlight on Tuesday night.

After matching defenseman Keith Yandle’s record for consecutive games played on Monday against Toronto, Kessel broke the mark Tuesday night when he appeared in the Knights' game at San Jose for his 990th consecutive game played.

“It’s a cool thing, it means I’ve played a lot of games, right?” Kessel said Monday. “It’s fine. Obviously, I got to win a couple of Cups, so I guess that’s better than this. But tomorrow will be another fun game and hopefully get a W.”

Kessel celebrated his milestone night by scoring his first goal since joining Vegas this season and the 400th of his career.

The goal came after the Sharks honored Kessel's Ironman record by playing a video from Yandle congratulating Kessel during a break in the first period.

The two-time Stanley Cup champion said he’ll be glad to put the milestone in the rearview mirror and focus on the season, which he hopes will include a return to the postseason after neither he, the Arizona Coyotes nor the Golden Knights made the playoffs last year.

Kessel, who has 400 goals and 559 assists, has played in 1,212 career games with Boston, Toronto, Pittsburgh, Arizona and Las Vegas.

He became the 13th American-born player to score 400 NHL goals. He nearly hit that mark Monday but a challenge by Toronto coach Sheldon Keefe overturned a would-be goal just minutes into the game after teammate William Karlsson was ruled offside.

Kessel acknowledged there have been some days he thought the streak would come to an end, but he has pushed through numerous injuries and endured some pain while cherishing his time with all five teams, including his first several months with the Golden Knights.

“No one's at 100% ever in this league. People think they are, there’s just no way,” he said. “You always get bumps and bruises and nicks and don’t feel great. You just keep going.

“I have great experiences (with) every city, they’re all different. I like to play. I enjoy going out there and competing and playing the games. Obviously, been doing it for a long time. It’s still fun to me. I’ve loved playing in the NHL for these 17 years and hopefully, I can continue.”