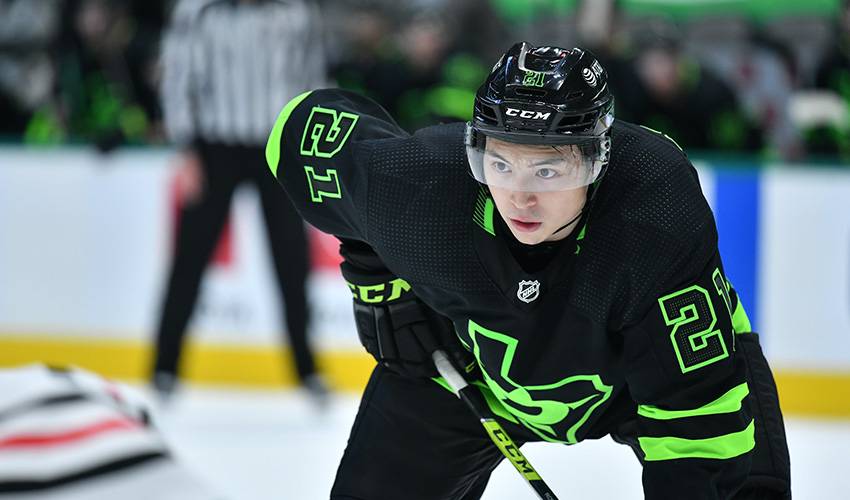 FRISCO, Texas (AP) — Jason Robertson never wanted to be away from the Dallas Stars as long as he was. The restricted free agent's new contract finally got done a week before the season opener.

After missing the first two weeks of preseason practice, Robinson signed a $31 million, four-year contract though the 2025-26 season. He is expected to rejoin his teammates on the ice Friday.

“It’s definitely relief ... had the little jitters that the season’s going to start soon, and I’m going to be part of it,” Robertson said Thursday, a week before the opener at Nashville and after the deal was finalized late the previous night.

Robertson turned 23 right after last season, when the left wing had 41 goals and 38 assists in 74 games. His 13 power-play goals led the team. Robertson joined Hockey Hall of Famer Mike Modano, Jamie Benn and Tyler Seguin as the only 40-goal scorers since the franchise moved to Dallas in 1993.

“Jason is an integral part of the present and future of our team and we’re thrilled to have him for the next four years,” general manager Jim Nill said.

A second-round draft pick (39th overall) by the Stars in 2017, Robertson has 125 points (58 goals, 67 assists) in his 128 NHL games. The 6-foot-3 California native had one goal and three assists in his first postseason action last season, when Dallas lost its first-round playoff series in seven games against Calgary.

“Since he was drafted by our organization, he has worked tirelessly to become a better player every day. His knack for scoring goals and seeing plays develop on the ice are just some of the tremendous assets that he brings to our team,” Nill said. “He is one of the best young players in the NHL, and we look forward to seeing him continue to progress.”

Before the start of this season's camp, new coach Pete DeBoer said he looked forward to coaching Robertson.

“Listen, I laid awake at night with the excitement of coaching Jason Robertson, 40-plus goals, but he’s not here," DeBoer said then. "So, you know, until he gets here, I can’t spend any energy on that.”

Robertson said there is a lot of catching up to do, but he was excited as well after speaking with DeBoer.

“We talked about how excited I am to finally get a part of it, and to start this journey together,” Robertson said. "I’m really looking forward to introduce myself in person and get on the ice and show the coaches what type of player I am.”