Islanders agree to terms with Barzal on 8-year extension

Barzal has led the team in scoring, or been tied for the lead, every season since he became a full-time NHL player in 2017-18. 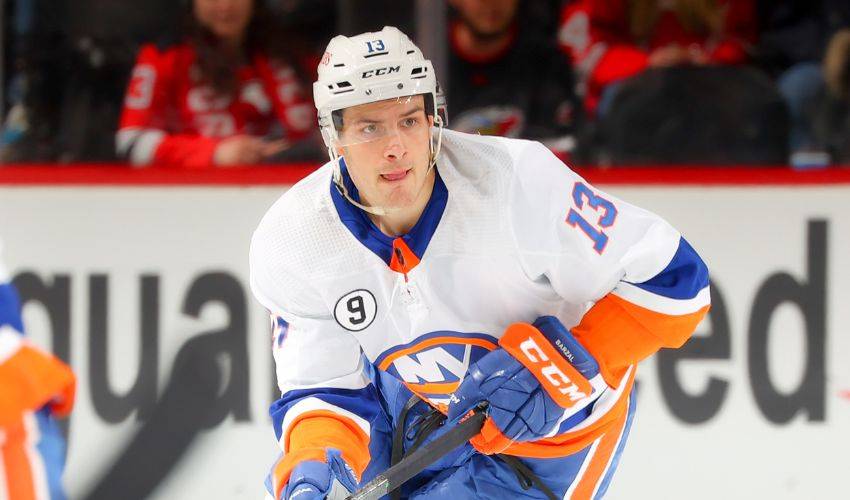 Mathew Barzal has agreed to terms with the New York Islanders on an eight-year extension, a move that keeps the franchise's top forward under contract for the balance of his prime.

The deal is worth $73.2 million with an annual salary cap hit of $9.15 million, according to a person with knowledge of the contract. The person spoke to The Associated Press on condition of anonymity Tuesday because the team did not announce terms.

Barzal has led the team in scoring, or been tied for the lead, every season since he became a full-time NHL player in 2017-18. He has 349 points in 411 regular-season and playoff games for the defensively stingy Islanders, who qualified for the postseason three consecutive times before an injury- and virus-altered last year.

“We feel recharged,” Barzal said recently. “We feel like everybody had good summers and worked hard, and we got that excitement back.”

Barzal, now 25, is coming off putting up 59 points in 75 games. The offensive star will now be asked to round out his game.

“I’m a fan because Mat has the ability to raise his game and to be a special player,” general manager Lou Lamoriello told reporters at the team's practice facility on Long Island. "And now, with this contract and our faith in him, (it) puts that responsibility on him. We’re trusting that. It’s up to him to respond to that.”