Family is why Keith feels he's in a good place to end his NHL career after 17 seasons, three Stanley Cups and two Norris Trophy awards. 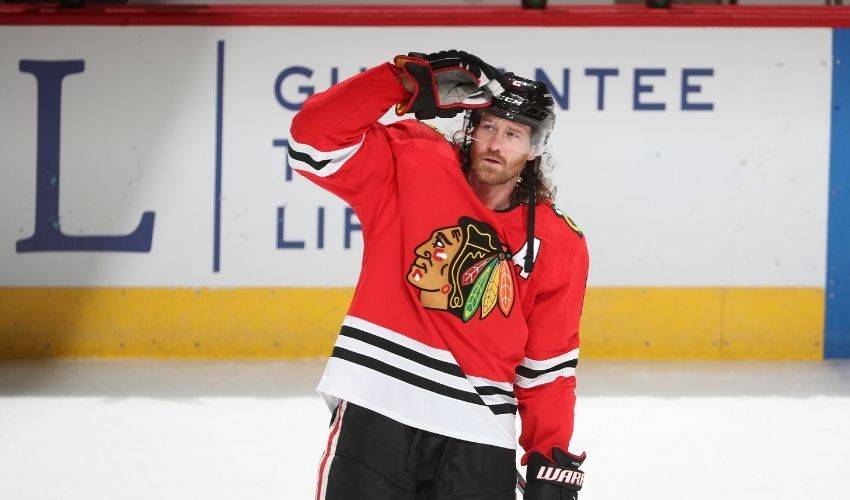 EDMONTON — Family brought Duncan Keith to Edmonton after a stellar run as the backbone of the Chicago Blackhawks' defence.

And following one solid season with the Oilers, family is why Keith feels he's in a good place to end his NHL career after 17 seasons, three Stanley Cups and two Norris Trophy awards as the league's top defenceman.

Keith announced his retirement Tuesday, at times fighting back tears during a press conference as he thanked teammates, coaches and family members for helping him along the way of his Hall of Fame-calibre career.

He said a noticeable change in how he's felt in recent post-seasons — Keith will turn 39 on Saturday — coupled with the desire to spend more time with son Colton helped him reach a difficult decision.

"I still love the game, always will," Keith said with Colton by his side. "But with getting older ... and the thought of being around my son more, and being around him and his hockey — being able to help my brother coach our boys and my niece — the more it got closer to that, the more excited about it I became."

Keith said he feels he can still play the game at a high level, as evidenced by his effective 2021-22 season in Edmonton that saw him put up 21 points (one goal, 20 assists) over 64 games with an average ice time of nearly 20 minutes.

He added a goal and four assists in 16 playoff outings as the Oilers made it to the Western Conference final for the first time since advancing to the Stanley Cup series in 2006.

"I think that's how I wanted to go out, knowing that I still had some game left in me and I'm relatively healthy," the four-time all-star said.

Keith, who was born in Winnipeg and grew up in Fort Frances, Ont., and Penticton, B.C., was selected by Chicago in the second round, 54th overall in the 2002 NHL draft.

He started his pro career with the American Hockey League's Norfolk Admirals under head coach and former Blackhawks defenceman Trent Yawney. Keith, who would later become an influence on younger players on the Blackhawks and Oilers, recalled some of the players he moulded his game after early in his career.

"In the minors there was a guy named Marty Wilford who I noticed made every single pass in practice," Keith said. "In two years I never saw him miss one pass.

"We had great leadership in Chicago early on with Marty Lapointe, Adrian Aucoin and Todd Simpson. I was fortunate to be surrounded by quality guys like that."

Keith thanks many of the teammates he found success with in Chicago — names include Jonathan Toews, Patrick Kane and Patrick Sharp — but had special praise for longtime defence partner Brent Seabrook.

Keith and Seabrook played their 1,000th game together on Dec. 11, 2018. No other defence pairing has reached that milestone.

Keith said he and Seabrook shared a "special bond."

"Having him around my whole career was huge for me," Keith said. "I'm so thankful to have a guy like that to play alongside for 15 years.

"I can't sit up here and explain it to anybody properly, but he was huge."

Keith requested a trade from the Blackhawks to Western Canada after the 2020-21 season in order to be closer to his family. He was dealt to Edmonton along with Tim Soderlund in that off-season in exchange for Caleb Jones and a conditional third-round pick in 2022.

"It was a very hard decision, but looking back was one of the best decisions to make," Keith said.

"Getting able to play closer to home, a big part of that decision was being able to play here in Edmonton in front of my family," added Keith, who has an aunt, uncle and cousins in the city.

"To be able to put the Oilers jersey on and wear that with pride, it meant a lot."

While Keith said it was disappointing the team fell just short of making the Cup final, he believes the Oilers have the pieces in place to win a title.

Keith added the opportunity to play with superstars Connor McDavid and Leon Draisaitl "speaks for itself."

"They're the two best player sin the world," he said. "Being around them, just to see how good they really are on a day-to-day basis, it was amazing. And I believe that they're going to lead this team to a championship."

Keith thanked the Oilers fans for creating a rousing atmosphere at Rogers Place, particularly in the post-season.

"It's incredibly special playing playoff hockey in Edmonton," Keith said. "Getting the chance to walk out from the dressing room, you feel like a gladiator walking onto the ice.

"It's an amazing, special feeling."

This report by The Canadian Press was first published July 12, 2022.

Keith Is a Playoff Machine