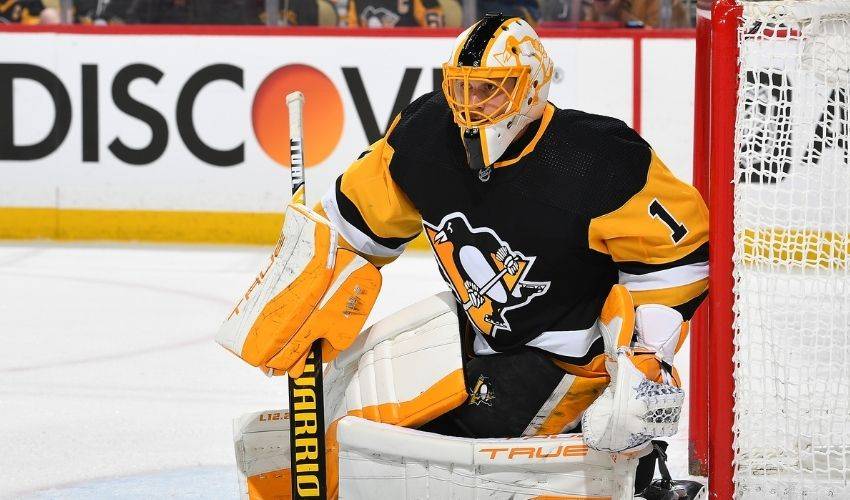 PITTSBURGH (AP) — The Pittsburgh Penguins are sticking with Casey DeSmith, signing the team's No. 2 goaltender to a two-year contract extension on Tuesday that carries an average annual value of $1.8 million.

The signing gives the Penguins a dependable option behind All-Star Tristan Jarry. The 30-year-old DeSmith played in 26 games for Pittsburgh in 2021-22, going 11-6-5 with a 2.79 goals-against average and .914 save percentage. His three shutouts tied a career high set in 2018-19. He set a franchise record for saves made in a shutout on April 21 when he stopped 52 shots by the Boston Bruins.

DeSmith entered the playoffs as Pittsburgh's top goaltender with Jarry sidelined by injury but he exited in the second overtime of Game 1 of the Penguins' first-round series with the New York Rangers with a core muscle injury. He underwent surgery in early May to repair the injury and is expected to be ready when training camp opens in September.

The signing gives DeSmith a pay bump over the $1.25 million he made during the deal that was set to expire next week. DeSmith has been steady if not spectacular since making his NHL debut in 2017. He has a career 42-28-11 record with a 2.67 goals against and a .915 save percentage.