Montgomery replaces Bruce Cassidy, who was fired after the team's loss in the first round of the playoffs. 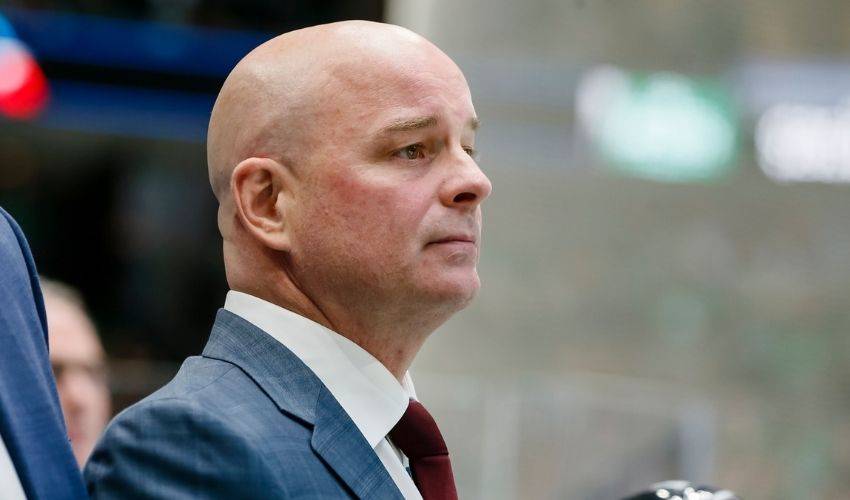 BOSTON (AP) — The Boston Bruins have hired Jim Montgomery as their new coach, giving the hockey lifer another chance at an NHL head-coaching job less than three years since he lost his first one.

Recently extended general manager Don Sweeney announced the hire Friday, filling one of the league's final high-profile coaching vacancies hours after the San Jose Sharks created another by firing their staff. Montgomery replaces Bruce Cassidy, who was fired after the team's loss in the first round of the playoffs.

“Jim has a winning history, and throughout the interview process he conveyed his ability to connect with all types of players while also demanding that his teams play with structure,” Sweeney said in a statement. “We are excited for Jim to begin to make his imprint on our team.”

Montgomery, 53, spent the past two seasons as an assistant with the St. Louis Blues. He was fired from his first NHL head job by the Dallas Stars in December 2019 with the team citing unprofessional conduct.

In early 2020, Montgomery called that decision “appropriate” and a “wake-up call” while announcing he was going to a rehab facility for alcohol abuse.

When he was hired by the Blues, Montgomery said: "Sometimes it takes an unbearable consequence in your life to happen to have an unbelievable breakthrough, and that’s the way I look at it. I’m just very thankful for what happened because now I’m a much better person every day and obviously a better husband, father and son.”

Montgomery, who played parts of six NHL seasons, coached in the minors and college and won two United States Hockey League titles. He spent five years at the University of Denver before advancing to the NHL as one of the hottest up-and-coming coaches in the game.

The Stars reached the playoffs in 2019 under Montgomery, who was fired 32 games into the next season for what general manager Jim Nill said was behavior inconsistent with “core values and beliefs of the Dallas Stars and the National Hockey League.”

In his new job, Montgomery faces the challenge of an aging roster that will be without top left winger Brad Marchand and No. 1 defenseman Charlie McAvoy for at least the start of the season. Captain Patrice Bergeron is mulling a return to Boston on what could be a one-year deal.

Craig Berube, who coached against the Bruins in the 2019 final when the Blues won the Stanley Cup, said Montgomery "‘was a great member of our staff and I appreciate his time and efforts with our players. This is well-deserved, and I wish him well with the Bruins.”