Shea Weber has played his final game in a Montreal Canadiens' sweater. And maybe his last game in the NHL. 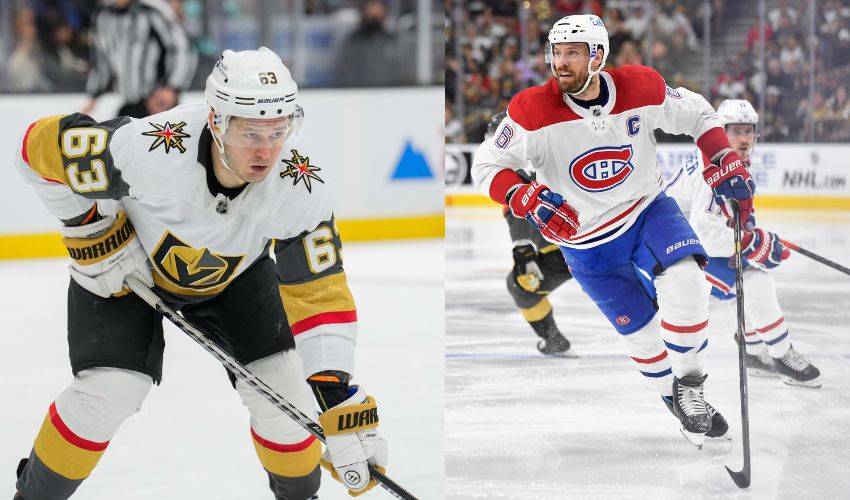 MONTREAL — Shea Weber has played his final game in a Montreal Canadiens' sweater. And maybe his last game in the NHL.

Weber missed the entire 2021-22 season with foot and ankle injuries that have put his playing career in doubt. General manager Kent Hughes said on Thursday that the Canadiens were operating under the impression that their former captain would not play again as his contract was traded to the Vegas Golden Knights.

Montreal received forward Evgenii Dadonov from the Golden Knights, who will add Weber to their long-term injury reserve list. Weber has four years remaining on a 14-year US$110 million contract he signed with the Nashville Predators back in 2012.

“This trade was one that worked for both teams,” Hughes said. “It will give Vegas the flexibility they needed, I think everyone knows that they needed room under the salary cap for this year.”

With Weber’s $7.857 million salary cap hit off their books, Montreal gave Vegas some much-needed breathing room. In return, Hughes agreed to take on Dadonov, who is owed $6.5 million from his current deal which is set to expire at the end of the 2022-23 season.

“For us, it gives us flexibility in the future if we need it. We also add a player that can help us offensively," said Hughes. "I expect that we’ll need to find more flexibility under the salary cap in the next few years, so we’ll see (about re-signing Dadonov) but I think he can help us next year.”

Hughes added that Carey Price’s uncertain future was the focal point of the trade. Hughes described having both players on LTIR as “problematic” for his the Habs going forward.

"It wasn’t primordial for us to make this trade this summer but it would have become a problem if Carey wasn’t able to play,” Hughes said. “To have about $20 million on LTIR would have created problems for us at the end of next season.

"Because we had the chance to do it now, we didn’t want to take the risk to get to the end of next season with Carey unable to play and find ourselves in a tough spot with other teams noticing and prices to trade Shea Weber going up."

Hughes is banking on a steady influx of youth, including the first overall pick in the 2022 NHL Draft, to bring the Canadiens back to glory. The Habs GM wants enough flexibility down the road to be able to sign the future stars of his franchise to long-term contracts.

Hughes noted that “the plan is that Dadonov will play for us next year.” However, he didn’t rule out the possibility of trading the winger during next season’s trade deadline.

Defenceman Jeff Petry's future in Montreal is still up in the air. Hughes said that a trade was “not imminent” but has been open about letting the 34-year-old go if a deal was right for both teams.

“That doesn’t mean that there couldn’t be something near the draft,” he added. “Teams are evaluating their needs, their players that they would sign or not so we’ll see. But I can tell you that the phone is ringing more than last week and I expect it to ring even more in the coming weeks.”

This report by The Canadian Press was first published June 16, 2022.

Fresh off a 5-year extension, Nicolas Roy is motivated for a postseason push