The long rehabilitation time frame means Wilson is on track to miss at least the first month of the season, if not more. 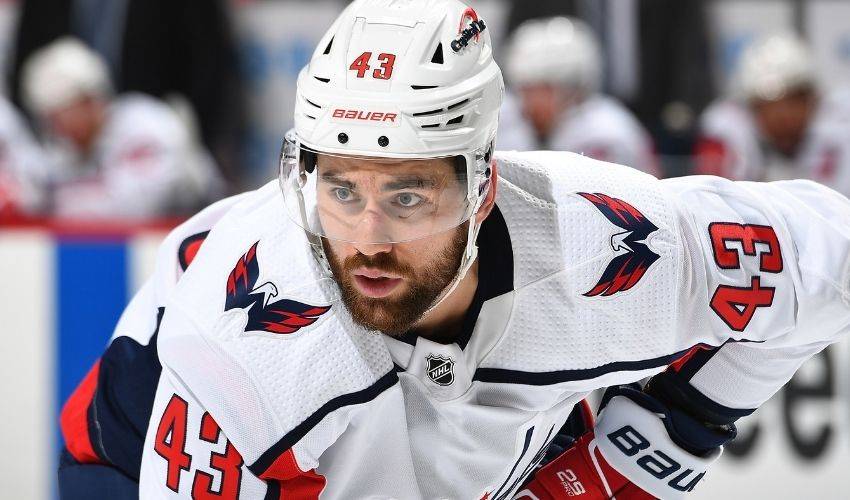 The team announced Wednesday that Wilson had a successful ACL replacement procedure a day earlier — four weeks after injuring the knee while trying to avoid a hit in Washington's playoff opener. The long rehabilitation time frame means Wilson is on track to miss at least the first month of the season, if not more.

“My summer sucks now,” Wilson said March 15 when the Capitals conducted exit interviews following their loss to Florida in the first round. “It’s going to be a grind for me. I’ve got to start my recovery.”

Wilson at the time hinted at surgery being necessary, and general manager Brian MacLellan said there was no realistic chance of the 28-year-old returning to the lineup during the Panthers series. With questions about veteran center Nicklas Backstrom's future because of a nagging hip injury, losing Wilson for potentially 20-plus games is a blow to the organization that hasn't advanced in the playoffs since winning the Stanley Cup in 2018.

Without Wilson, the Capitals bowed out in six games to Presidents' Trophy-winning Florida, which was swept in the second round by back-to-back defending champion Tampa Bay. They lacked his unique blend of physical presence and offensive ability in a series that included them blowing a lead and losing three times.

“Every person you walk by, every fan, every person was like: ‘When are you back? We need you back,'” Wilson said. “That was tough. I wanted to be out there, so, you feel like you let people down.”

Wilson set career highs with 24 goals, 28 assists and 52 points during the regular season. He also scored a power-play goal in 91 seconds of playoff action before being sidelined because of a fluke accident in which he approached but didn't hit Panthers defenseman Mackenzie Weegar near the boards.

Wilson tested it out during a subsequent stoppage but knew he could not continue playing. He skated twice to attempt an unlikely return if the Capitals forced a Game 7 or advanced, and now it's not clear when he will be on the ice again.

“I need to get back to being the player that I am,” he said. “That will happen.”