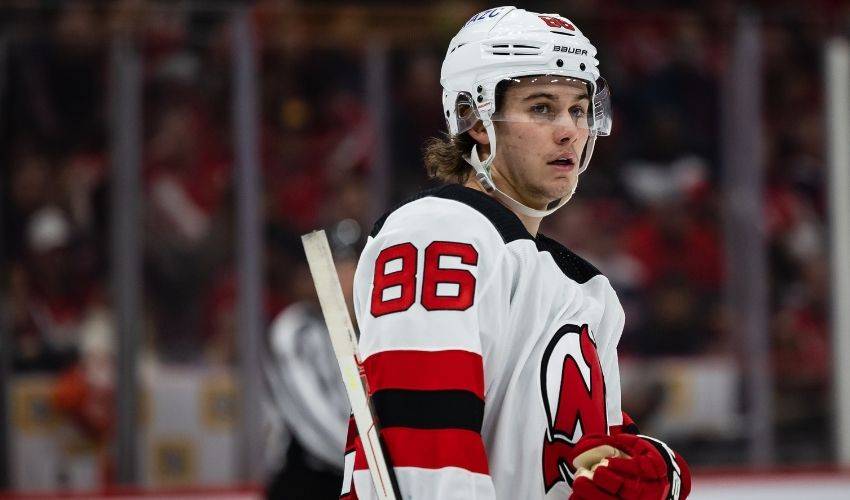 NEWARK, N.J. (AP) — The New Jersey Devils will be without leading goal-scorer Jack Hughes for the rest of the season due to a left knee injury.

The Devils made the announcement about the No. 1 overall pick in the 2019 NHL draft in between the first and second periods of Tuesday night's game against the New York Rangers.

Hughes was hurt Sunday in the second period when he was checked along the boards in his own zone by Islanders forward Oliver Wahlstrom. A medical evaluation showed Hughes has a low-grade left MCL sprain.

The team said he is out for the season and will begin rehabilitation and conditioning immediately.

The Devils are out of playoff contention.

“So proud of the effort he put in this summer to get the work done and improve his shot and improve his strength on one on one play,” Ruff said. "Worked extremely hard at faceoffs and worked on improving that part of his game. He’s a kid who just wants to keep getting better, and he has the puck an incredible amount in the game.”

Ruff said Hughes' absence — along with a seemingly serious lower leg injury that forward Jimmy Vesey suffered on Tuesday — is going to create chances for other to step up.

Vesey was hurt in the third period after attempting to check Rangers defenseman Braden Schneider behind the New York goal line. The hit was glancing at best and it seemed Vesey's left leg gave out. He had to be assisted off the ice and did not return.

Ruff said Vesey will have an MRI on Wednesday.