The 36-year-old Goligoski is in his first season with the Wild, his home-state club. 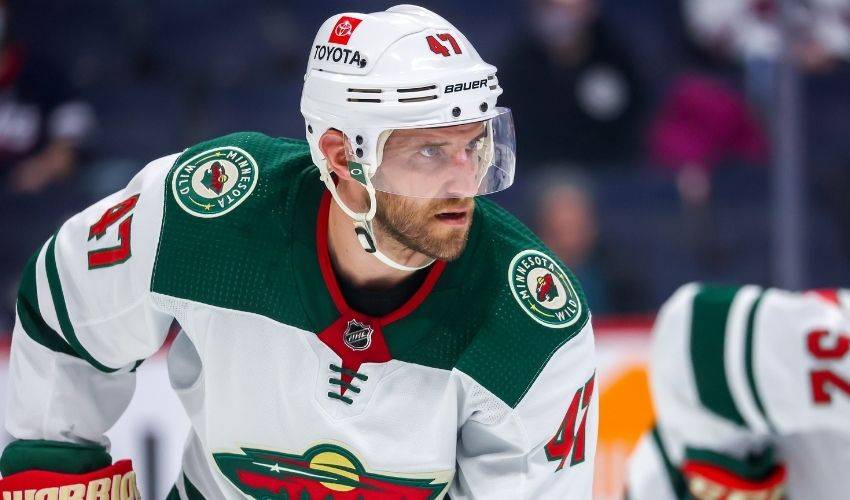 The 36-year-old Goligoski is in his first season with the Wild, his home-state club. He has two goals, 26 assists and a team-leading plus-34 rating in 58 games. His new deal runs through the 2023-24 season. The Wild also have defensemen Jonas Brodin and Jared Spurgeon signed for six and five more years, respectively.

Goligoski played at Grand Rapids High School and the University of Minnesota before making his NHL debut with Pittsburgh in 2007. He played for Dallas and Arizona before landing with the Wild, and has seven goals and 14 assists in 43 career playoff games.

Goligoski & The Stars Play Their Way

Alex Goligoski and the Dallas Stars play fast, physical and in control of the puck, a combination that is proving tough to stop