The seven-time All-Star was on the ice for the New York Islanders for the opening faceoff against San Jose for his 1,652nd regular-season game. 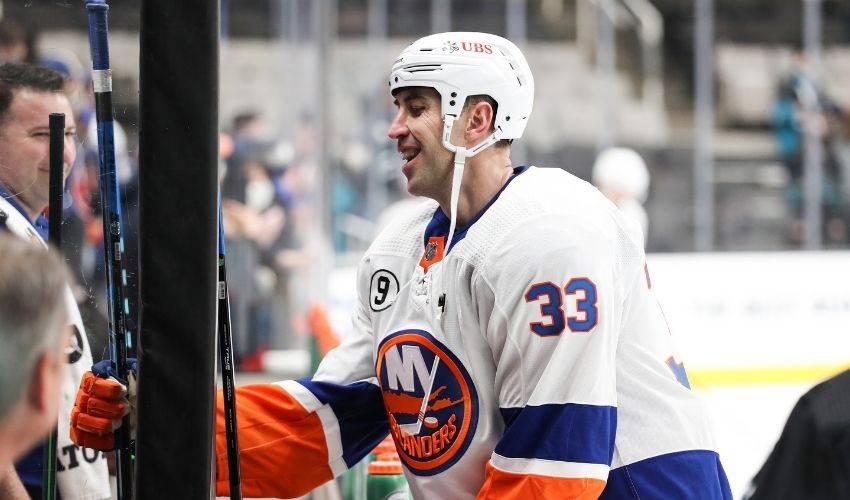 The seven-time All-Star was on the ice for the New York Islanders for the opening faceoff against San Jose for his 1,652nd regular-season game. He broke the mark set by Hall of Famer Chris Chelios.

“I would like to start by thanking Chris Chelios,” Chara said after New York’s 4-3 shootout loss. “He set such a high standard for many of us. It’s been very inspiring and a huge motivation. I want to thank him for that. … I’m very lucky that I get to still play this game.”

Chara received a standing ovation from the SAP Center crowd and waved in acknowledgement when his feat was announced during a stoppage of play. The Sharks also played a videotaped message of congratulations from former San Jose forward Patrick Marleau, who holds the NHL record for games by any player.

The Slovak star, the tallest player in NHL history at 6-foot-9, is in the twilight of a decorated career that began in 1997 when he was just 20. He’s now three weeks shy of his 45th birthday, and he signed a one-year deal with the Islanders before this season to reunite with the team he began his career with.

Chara even challenged the Sharks’ Jeffrey Viel to a fight in the second period as they exchanged punches and fell to the ice.

“He got involved with someone who was acting up a little bit,” Islanders coach Barry Trotz said. “He fought, and our bench got some energy from that.”

Chara won the Norris Trophy as the league’s best defenseman in 2008-09 while with Boston. Two seasons later, he served as captain of a Bruins team that won the Stanley Cup. He also spent time with Ottawa and the Washington Capitals during his 24-year career.

There are two things the hockey world knows about Zdeno Chara: he’s big and he’s tough.