Vancouver Canucks to be 'aggressive' in free agency, trades this off-season: GM 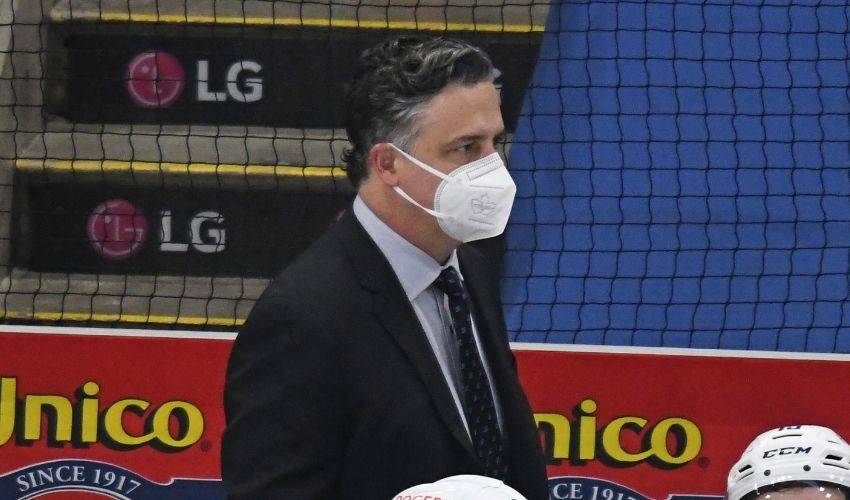 After a tumultuous year that saw the team weather a COVID-19 outbreak, a spate of injuries and multiple losing skids, the Canucks are willing to take big steps in order to get back to the playoffs, he said.

Vancouver finished the 2021 campaign last in the all-Canadian North Division with a 23-29-4 record, and missed the playoffs for the fifth time in six years.

“We own this season. It didn’t go the way we wanted it to. I can understand how people would be frustrated with the year," Benning told reporters on Friday. "Our group needs to evaluate, we need to make changes."

The GM and his colleagues face a long to-do list heading into the off-season.

Entry-level deals for young stars Elias Pettersson and Quinn Hughes are set to expire. A number of veterans, including defenceman Alex Edler and depth forward Brandon Sutter, are about to become unrestricted free agents. An expansion draft is set to take place in a matter of weeks.

The Canucks took care of one piece of business earlier on Friday, signing head coach Travis Green to a two-year contract extension.

Negotiations got down to the wire, Green said.

"Ultimately I wanted to be here. I’m just thankful that we did get it done," he said.

Uncertainty over his future was just one obstacle Green faced this season. He was also one of 25 people — 21 players and four coaches — who tested positive for COVID-19 when an outbreak swept through the locker room in late March. Several loved ones, including wives and children, also fell ill.

The Canucks had multiple games delayed and didn't play for more than three weeks. The team returned to an unrelenting schedule that saw it play 19 games in 32 days, including five sets of back-to-backs. Several players suffered season-ending injuries over the stretch.

"There’s no hiding — it was a different season, a hard season at times. But sometimes, hard things, you go through them and you look back and you grow from hard times as well," Green said.

Green, 50, has been the Canucks' head coach since 2017 and has shepherded several of Vancouver's top players through the early years of their careers.

Ensuring Green would continue behind the bench was an important priority for the team, Benning said.

"All these young players we have on the team, they started out under Travis. He has close relationships with them. They like him, they trust him," he said. "I see Travis continuing to grow with the young group we have."

Those young players are the core of the Canucks, Benning said, and the priority this off-season is getting two of them — Pettersson and Hughes — signed to new deals.

"We need to build around these guys," Benning said. "These are important pieces, core pieces that you need to win but they need continued support throughout the lineup to get to where we want to get to."

The Canucks need to add speed, depth scoring and veteran leadership this summer, and will do so through trades, free agency and buyouts, Benning said.

“We’re going to be aggressive on the trade front, in free agency," he said.

"Ownership has given us the resources to do whatever we need to do to get back to be where we want to be next season and that’s a playoff team."

Aquilini said he's disappointed in the results from the 2021 season, but many factors were out of the organization's control.

The Canucks' future is still bright, he said.

“I know I’ve been saying that for a while now, but progress doesn’t always follow a straight line," Aquilini said. "Believe me, I’m as impatient as you are to see the Canucks return to top-tier status. Yes, it’s been a long time. But the darkest hour is just before dawn.”

This report by The Canadian Press was first published May 21, 2021.