Sabres Okposo to miss rest of season with broken cheekbone

Okposo was hurt after being struck by teammate Matt Irwin’s shot in the first period of a 5-2 win at Washington on Thursday. 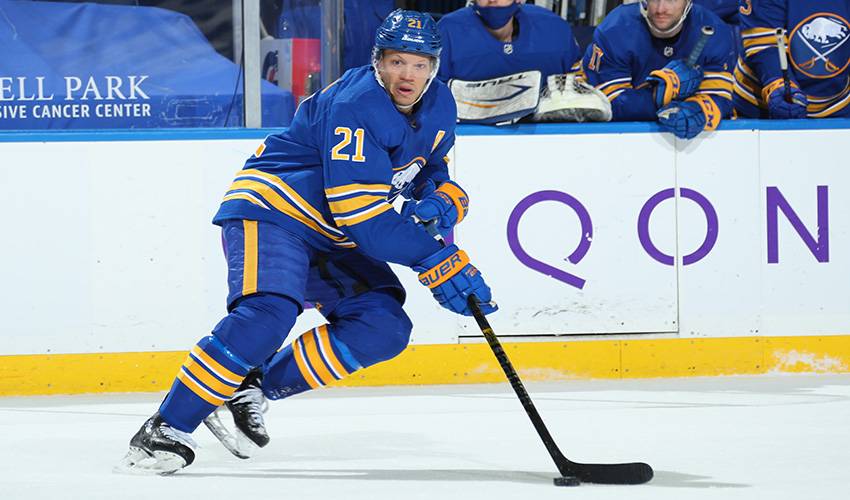 BUFFALO, N.Y. — Buffalo Sabres forward Kyle Okposo will miss the remainder of the season after having surgery to repair a broken bone in his left cheek, the team announced Saturday.

Okposo was hurt after being struck by teammate Matt Irwin’s shot in the first period of a 5-2 win at Washington on Thursday.

Okposo joins a growing list of injuries for the last-place team that is one loss from being mathematically eliminated from contention for the Stanley Cup playoffs and matching an NHL record 10-year playoff drought. The Sabres are already minus captain Jack Eichel, starting goalie Linus Ullmark and Jake McCabe.

Okposo is a 14-year NHL veteran who is completing his fifth season in Buffalo. He has two goals and 11 assists in 35 games this year.

Okposo has filled a valuable leadership role and has been a stabilizing voice for a team that went through an 18-game winless skid this season, which matched the 14th longest in NHL history.

“Everybody looks up to him, so we definitely lose a big portion of that,” interim coach Don Granato said before Buffalo hosted the Pittsburgh Penguins. “It’s bad that it’s happened and he’s missing the season. But certainly I’m grateful we’ve had him to this point because he’s done an awful lot for us.”

Kyle Okposo - Player of the Week

After six points last week, a number that included a four-goal game, Kyle Okposo is the NHLPA.com Player of the Week