The Vancouver Canucks have signed goaltender Thatcher Demko to a five-year contract extension. 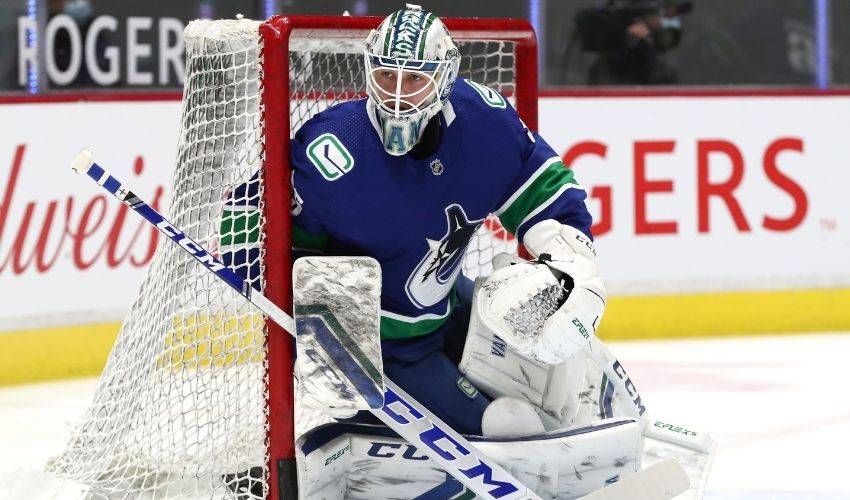 Demko took over as Vancouver's No. 1 netminder this season after Jacob Markstrom signed a six-year, US$36-million deal with the Calgary Flames in free agency.

Selected with the 36th pick in the 2014 NHL draft by Vancouver, Demko starred in relief of an injured Markstrom in last season's second-round playoff series against the Vegas Golden Knights.

Demko allowed just one goal combined in Games 5 and 6 as the Canucks won two in a row to force a Game 7. Vegas prevailed 3-0 in the finale, including two empty netters.

"He has a high compete level," Canucks forward J.T. Miller said Wednesday before the deal was announced. "He wants to win badly and he wants to be a big part of the team. We love playing in front of him. We're very comfortable in front of him.

"He's having a great season and he's keeping us in a lot of games. We're obviously super pumped to have him on our side."

Vancouver was scheduled to play the Calgary Flames on Wednesday, but the game was postponed with two Canucks players and one member of the team's coaching staff in COVID-19 protocol.

This report by The Canadian Press was first published March 31, 2021.