Blackhawks' Seabrook calls it a career because of injury

Chicago Blackhawks defenceman and three-time Stanley Cup Champion Brent Seabrook announced he is unable to continue playing because of injury. 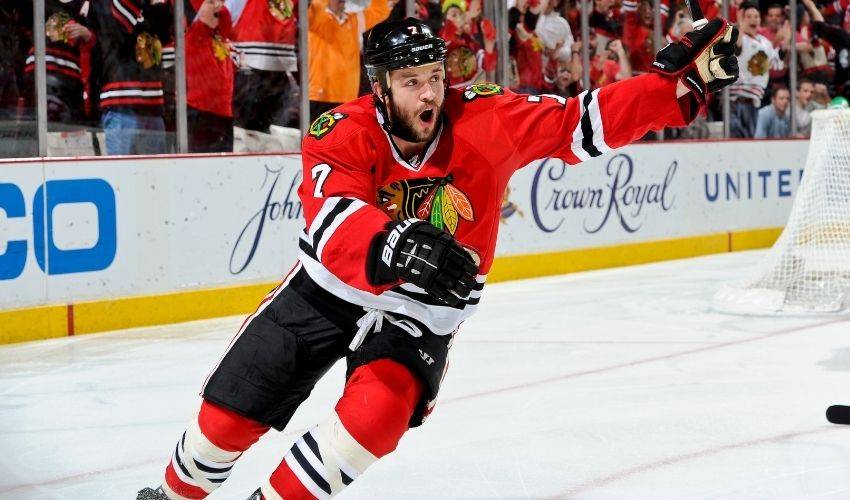 Brent Seabrook gutted out injuries and played through pain to win the Stanley Cup three times for the Chicago Blackhawks and take home an Olympic gold medal with Team Canada.

His physical style slowly took a toll and eventually ended his career.

“I told my body to screw off for 15 years," Seabrook said. "It finally turned around and said, ‘I’m not going to do it anymore.’”

Seabrook announced Friday that his career is over because of a right hip ailment that rendered him unable to walk just before Christmas and didn't let up when he tried skating again. The 35-year-old isn't technically retiring because there are three years left on his contract, but he knows he won't suit up in an NHL game again.

“I think I could’ve made this decision a month ago,” Seabrook said. “I don’t know if it was a decision I made or my body made for me.”

Seabrook put off surgeries throughout his career because Chicago was consistently making long playoff runs and he didn't want to miss the majority of the next season. His last NHL game was on Dec. 15, 2019. He had right shoulder surgery later that month, left hip surgery in January 2020 and right hip surgery last February.

“We have tried all available conservative treatments, and nothing has worked well enough for him to live life as an athlete,” team physician Dr. Michael Terry said. “We support his decision to prioritize his long-term physical health.”

An examination of Seabrook’s right hip showed zero cartilage left in it. Doctors advised a hip replacement at some point, and he’ll do what he can to manage the situation.

Seabrook hopes to continue an active life and looks forward to skiing and snowboarding with his wife and daughter.

“He had a heck of a career,” Quenneville said. “He scored a lot of key goals for us at key times in big moments.”

Seabrook, who turns 36 next month, tried to return last summer when the season resumed amid the pandemic. But he decided he didn’t have enough time to reach a level where he would be comfortable playing again.

“In a lot of ways, he always put the team ahead of himself,” Blackhawks president of hockey operations and general manager Stan Bowman said. “Brent was very unique that way — to the point where he had injuries over the years which he probably could have or should have taken care of sooner, but he didn’t want to miss any time.”

Preparing for this season was the best he'd felt in a long time until he woke up Dec. 21 unable to walk. Doctors and trainers tried what they could, but Seabrook gave up the comeback attempt and told longtime partner Duncan Keith and other teammates last weekend it was over.

“It was throwing darts at a dartboard figuring out what was going to get me back skating and playing,” he said. “We did a lot of stuff with injections, cortisone, trying to get it back to manageable and something I can play with. It just sort of is what it is.”

Seabrook is owed $15.5 million over the next three seasons before his contract expires. NHL rules allow Chicago to keep him and pay him without his $6.875 million salary-cap hit counting against the team's spending up to the $81.5 million limit.

Bowman said Seabrook is on long-term injured reserve for now.

“It’s something we’re going to work through as we go forward," he said. "It’s hard to map things out that far into the future.”