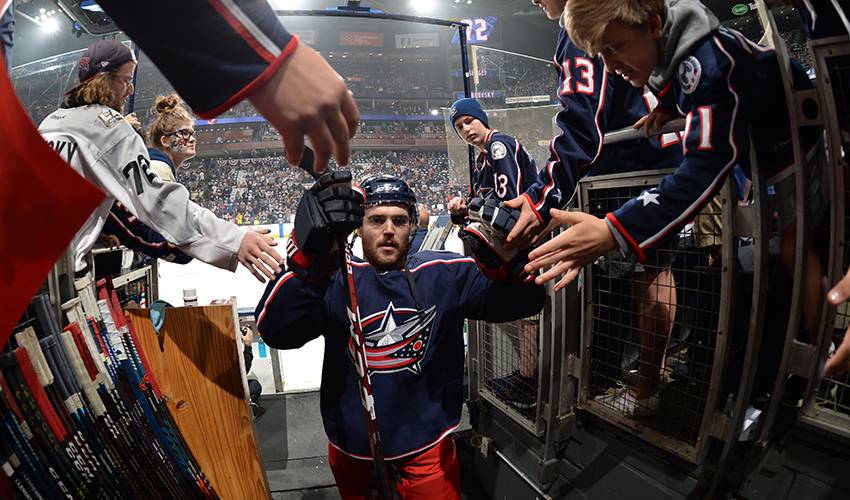 A person with knowledge of the signing tells The Associated Press the contract is worth $4.9 million with an annual salary cap hit of $1.63 million. The person spoke to the AP on condition of anonymity Friday because the team didn't announce the terms of the deal.

The 26-year-old blue-liner set career highs in games played, assists and points in 2018-19, when he tallied two goals and 15 assists in 73 games with the Blue Jackets. He had four assists in 10 games in the playoffs.

Harrington has five goals and 21 assists in 152 career NHL games with the Blue Jackets, Toronto Maple Leafs and Pittsburgh Penguins.