The Carolina Hurricanes say they are keeping star forward Sebastian Aho and will match the US$42 million offer sheet the Montreal Canadiens tendered him. 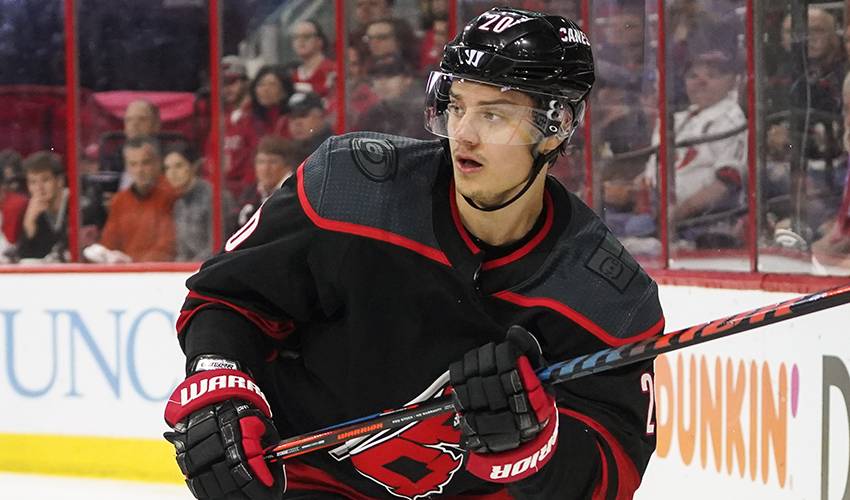 RALEIGH, N.C. — The Carolina Hurricanes say they are keeping star forward Sebastian Aho and will match the US$42 million offer sheet the Montreal Canadiens tendered him.

General manager Don Waddell announced the decision Tuesday, less than 24 hours after the Canadiens extended their offer to the 21-year-old restricted free agent. Aho will receive a five-year, front-loaded, bonus-heavy contract worth $42.27 million. It carries an average annual value of $8.454 million.

"Writing that check is no big deal," team owner and billionaire Tom Dundon said. "That doesn't mean we don't want to do contracts that are best for the organization."

Waddell — who last week said the Hurricanes would match any offers extended to Aho — called it "an easy decision."

The Canadiens offered an $11.3 million lump sum payment within a week of Aho's signing and another for $9.87 million July 1, 2020. Overall, the offer is 91.3 per cent bonuses and 8.7 per cent salary. The Hurricanes have until July 8 to make the match official, and Waddell said he didn't know exactly when that would happen. But when they do, Aho's initial lump sum payment is due within another week of that date.

"It's our job to manage our cap space as our players develop and hit free agency," Waddell said in a statement. "There was no concern at any point that we would not be able to match this contract. Once again, the Carolina Hurricanes should not be underestimated. We have a plan and all the resources to win a Stanley Cup."

Extending offer sheets to restricted free agents has been a rare move in the NHL, with Aho the first player to receive one since Calgary tendered one to then-Colorado Ryan O'Reilly six years ago. The Avalanche matched it. And not since 2007, when Edmonton signed Anaheim forward Dutine Penner to an offer sheet, has a team declined to match one.

This one had both general managers a bit feisty.

Waddell, speaking about half an hour after learning of the offer to Aho, quipped that he was "actually surprised it wasn't more" and added that his summer instantly became more stress-free because "I'm not going to spend all summer negotiating a contract now."

Canadiens GM Marc Bergevin said his team "saw a vulnerable position" in extending the offer, adding "we all have a competitive edge" and maintaining that Aho "wants to come to Montreal."

Aho had career highs with 30 goals, 53 assists and 83 points last season while helping Carolina reach the Eastern Conference final in its first appearance since 2009. He's just the sixth player in franchise history with 30 goals and 50 assists in the same season, and the fourth with an 80-point season before turning 22.

He will be 26 when this contract expires following the 2023-24 season.

"I am so happy for Sebastian and so happy that he's part of the organization," Dundon said. "It's never going to come up again."

You probably know Sebastian Aho is leading the Carolina Hurriacnes with 23 points – but what you don't know, including when he fell in love with hockey, inside!