J.T. Miller wasn't planning to move across the continent this summer, but he knew a new home was a possibility. 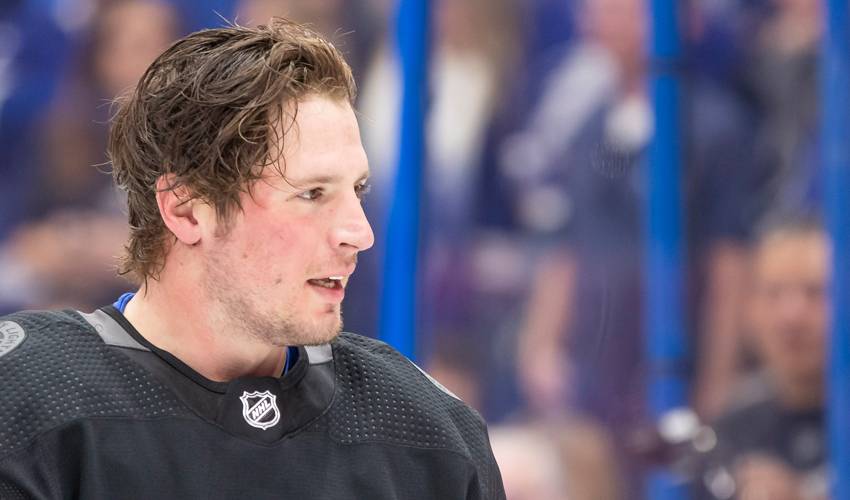 VANCOUVER — J.T. Miller wasn't planning to move across the continent this summer, but he knew a new home was a possibility.

Though the 26-year-old forward had a solid outing with the Tampa Bay Lightning last season, he was well aware that the franchise had changes to make after the Stanley Cup-favourites were unexpectedly bounced from the first round of the playoffs.

So when Miller received a call on Saturday saying he'd been dealt to the Vancouver Canucks, the news wasn't entirely unexpected.

"I understand that the (Lightning's) season didn't end up the way anyone wanted it to and with just how tight the cap was, I knew that if the right deal game along that made sense for both teams, I could have been the guy. And obviously that's what happened," he said Monday on a conference call.

Not only will he be moving more than 5,000 kilometres, Miller and his wife, Natalie, will be doing so with two young kids. Their daughter Scottlynn is just over a year old, while Scarlett was born just six weeks ago.

Still, Miller's looking forward to playing in Vancouver, saying it's always been one of his favourite stops on the road because of the beautiful scenery and excellent food.

It's also an "awesome" opportunity to play with a crew of talented young stars, he said.

"There's tons of potential on this team and obviously I'm going to do whatever I can to help push for the playoffs and hopefully get in there," Miller said.

Canucks general manager Jim Benning has long been on the hunt for a top-six forward to bolster the team's young stars. As a proven veteran who can play all three positions, Miller — a six-foot-one, 218-pound native of East Palestine, Ohio — fit the bill.

"He's a good skater, he can get in on the forecheck. He's got enough size and strength that he can come up with pucks. He's got good hands, smart," Benning said after round two of the NHL draft on Saturday.

The trade saw the Canucks send goalie Marek Mazanec to Tampa with a 2019 third-round draft pick and a conditional first-round selection in 2020. If Vancouver doesn't make the playoffs next season, the pick will become a first-rounder for 2021.

Originally selected 15th overall by the Rangers in 2011, Miller spent six seasons in New York before he was traded to Tampa Bay in 2018.

Last season he posted 13 goals and 34 assists for the Lightning. He put up 50-plus point seasons the previous two years in a row.

Despite having a down-year points-wise, Miller felt like he played a more complete game in Tampa Bay. He believes he can bring both points and intangibles to Vancouver.

"I do think playing consistent hockey goes a long way and it's not always on the score sheet," Miller said, adding that he'll still be pushing to produce offensively.

"I never really want to be satisfied with where I'm at."

Where, exactly, Miller will slot into the Canucks lineup remains to be seen, but Benning said he could compliment the NHL's reigning rookie of the year Elias Pettersson and star right-winger Brock Boeser.

"I think (the trade is) going to help with the development of our kids and help them get to where they need to be and it's going to improve our team for next season," Benning said.

Though he has yet to hit 30, Miller also thinks he could share some wisdom with the franchise's up-an-coming crop of stars.

"Something that I still want to work at and be better at is being a leader and being that guy that young guys can look up to," he said.

"A lot of these young guys have all the tools for being awesome hockey players and I think that there probably great leaders there already, but (I just want to help) them be able to get the most out of what they bring to the table. There are so many little things that you can pick up here and there that I think I can definitely help with."