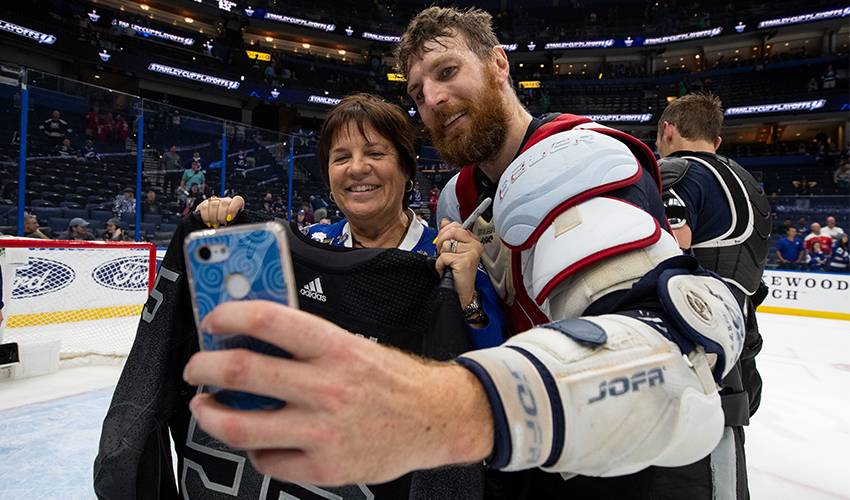 Coburn will count $1.7 million against the salary cap in each of the next two seasons. General manager Julien BriseBois announced the contract Tuesday.

The 34-year-old had four goals and 19 assists in 74 games last season when he averaged 17:08 of ice time. Coburn took a $2 million annual pay cut from his last contract, which should help Tampa Bay remain among the NHL's top Stanley Cup contenders.

Coburn has 228 points in 924 games with the Atlanta Thrashers, Philadelphia Flyers and Lightning. Tampa Bay acquired him in 2015.

This deal comes less than a day after two-time Norris Trophy winning Erik Karlsson re-signed with San Jose. The Lightning were considered among the to sign Karlsson if he became a free agent.

Spreading the Spirit of the Season

Braydon Coburn talks to NHLPA.com after a visit to a Philadelphia children's hospital