Matt Duchene needed more time to make the biggest decision of his career. 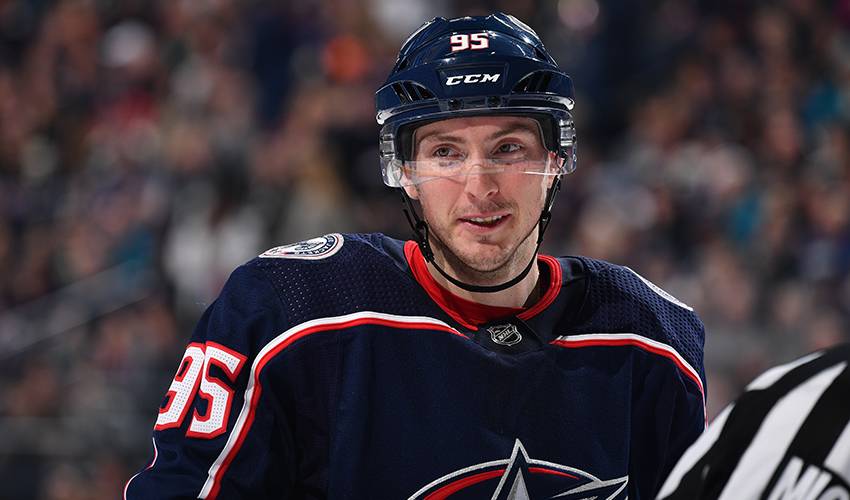 Matt Duchene needed more time to make the biggest decision of his career.

The Ottawa Senators weren't able to wait any longer.

The club traded Duchene to the Columbus Blue Jackets on Friday, flipping the star centre for two forward prospects and a first-round pick at June's draft.

The 28-year-old Duchene was acquired by Ottawa from the Colorado Avalanche in a blockbuster three-team deal in November 2017, but things quickly went south in the nation's capital.

The Senators finished 30th last season and sit at the bottom of the NHL standings in 2018-19.

A pending unrestricted free agent on July 1, Duchene was open to remaining in Ottawa — he said the Senators offered him a fair eight-year contract extension — but added he wasn't prepared sign with a franchise in the throes of what could be a painful rebuild before Monday's NHL trade deadline.

"It was a huge thing to commit to eight years, somewhere where there's still a lot of question marks," Duchene said. "The picture may be a little clearer in the summer."

Duchene didn't have to go far to get acquainted with his new team. Columbus and Ottawa met Friday night at Canadian Tire Centre.

"From Day 1 this wasn't a money decision," Duchene, decked out in fresh Blue Jackets gear, told reporters a few hours before puck drop. "It was a hockey decision. I wanted to see what blanks I could fill in.

"I think they have a great plan (in Ottawa), but it's just one of those ones that's going to take a little bit of time."

Duchene pointed to the fact that his six-week old son will be seven by the time his next contract ends.

"You have to really make sure you're making the right decision," Duchene said of potentially becoming a UFA. "I just felt like it wasn't time to make my decision. I just ran out of time a little bit with them.

"Obviously I understood this is the next step."

Senators general manager Pierre Dorion said it was important the team acquire as many assets as possible for Duchene after the player's camp informed the club a week ago he wouldn't be signing a new deal.

"We knew through this rebuild there'd be tough moments and there'd be good moments," Dorion said. "All we're asking is our fans to be patient.

"We have to do what's best for the organization. At times it's a bit more difficult, but we know at the end of the day we're making the right decision."

The trade suggests Columbus is prepared to risk losing its own pending unrestricted free agents — winger Artemi Panarin and goalie Sergei Bobrovsky — for nothing in order to make a playoff run this spring in the Metropolitan Division.

"We are extremely excited to bring (Duchene) to Columbus," general manager Jarmo Kekalainen said in a statement. "He is a tremendous fit for our team."

The 2019 pick involved in the deal is lottery protected if it falls in the top-3, meaning Ottawa would instead get the Blue Jackets' first-rounder in 2020 under that scenario, and then receive their top selection in 2021 if Duchene re-signs.

Duchene, along with fellow pending UFAs Mark Stone and Ryan Dzingel, were held out of the Senators' lineup in Thursday's 4-0 loss in New Jersey as the team looked to avoid potential injuries.

"Matt wanted to be part of a contender ... and was possibly going to test free agency," Dorion said. "We're still working on a few others to stay. However, we have to be prepared for every scenario."

Coming off a post-season run where they fell in double overtime of Game 7 in the Eastern Conference final, the Senators acquired Duchene from Colorado in a three-team trade with Nashville that saw Kyle Turris leave Ottawa and join the Predators.

It was thought the Senators would sign Duchene to a long-term deal, but a new contract never materialized as the team tumbled down the standings.

To make matters worse for Ottawa, the trade with Colorado and Nashville included giving up a first-round pick to the Avalanche — at the Senators' choosing — in either 2018 or 2019.

The selection was not, however, lottery protected.

Ottawa decided to keep the No. 4 pick last June, grabbing winger Brady Tkachuk. But with the franchise currently sitting last in the NHL, Dorion is now staring down the very real possibility of missing out on either Jack Hughes or Kaapo Kakko — the presumptive top-2 picks — at the 2019 draft.

Duchene, who had 58 points in 50 games with the Senators this season, leaves Ottawa with 50 goals and 57 assists in 118 outings, but those numbers did little to help the club in the win column. The Senators were just 39-69-10 with the Haliburton, Ont., native in the lineup and an NHL-worst 44-73-11 since the trade.

The third overall selection at the 2009 draft, Duchene had 228 goals and 307 assists for 535 points in 704 career NHL games heading into Friday. He has six assists in eight playoff games with the Avalanche.

"We knew this rebuild would be difficult," Dorion said. "Every rebuild has challenges, but we want to look at the big picture and a very bright future."

Duchene's time in Ottawa coincided with a dramatic slide down the standings and a string of off-ice missteps that included owner Eugene Melnyk's threat to move the team, locker-room drama, the trade of captain Erik Karlsson and the potential collapse of an arena deal that would see the Senators move downtown from suburban Kanata.

But Duchene chose to look at the positives as he headed out the door.

"I really treasured my time in Ottawa," Duchene said. "It's definitely a bitter-sweet thing. I was committed from the start of wanting to be here.

"Things happen and things change and you've got to make the right decision for your future. I'm excited to be a part of (Columbus). This is a really good team. Hopefully I can fit in well."

— With files from Darren Desaulniers in Ottawa

Just before Duchene and Team Canada take to the ice for their first round-robin game of the World Cup of Hockey, the 25-year-old spoke with NHLPA.com about his beloved hometown.