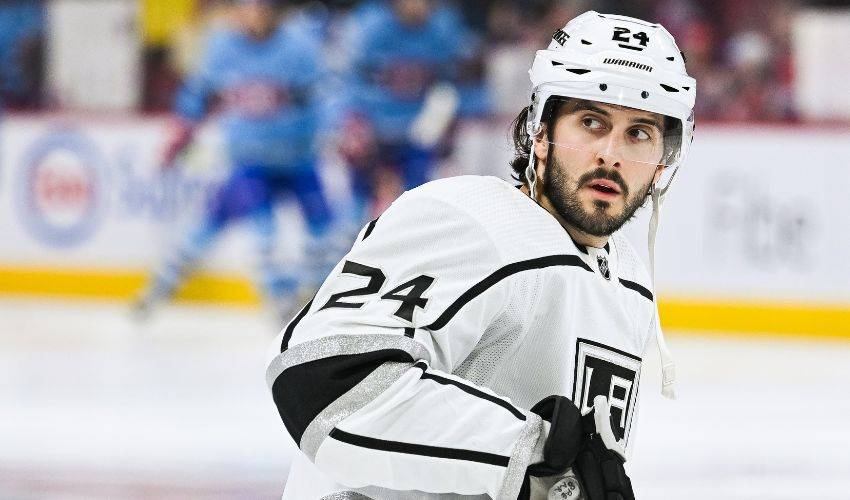 Phillip Danault is a man of his word.

Before the start of the 2021-22 NHL season, Danault, who was about to embark on his first campaign with the Los Angeles Kings, thought about what he wanted to achieve on a personal level and how he would help the Kings secure a Western Conference playoff spot.

“The first thing and the biggest thing was to make the playoffs. I wanted to help the team achieve that and it was by far the top thing I wanted. Personally, I was hoping to score more goals than I ever had before. I wanted to prove that I could do that, to show myself as well that I had that in my game. I always believed in myself, but I wanted to strive to make that happen and it worked out. The organization gave me all the chances and they trusted me.”

All of these contributions played an integral role in the Kings earning a postseason berth, marking the first time the team qualified for the playoffs since 2017-18.

Despite the disappointment of losing in seven games to the Edmonton Oilers in the first round, the 29-year-old believes the experience was invaluable for a group determined to return to the postseason.

“It was awesome,” said Danault, who finished in the top eight for Selke Award voting for the fourth consecutive season. “I think they respect me for what I bring to the team, but obviously, I didn’t expect that. I’m very grateful for all of the recognition from my teammates, the fans and the media. It was a great first year, for sure.”

Not surprisingly, the player selected 26th overall by the Chicago Blackhawks in the 2011 NHL Draft, opted not to alter his objectives ahead of the 2022-23 season.

A wise approach considering how the campaign has played out so far.

Maintaining a steady balance of offence and defence remains the cornerstone of Danault’s on-ice identity.

“I think that [200-foot game] is just in me, it’s in my DNA. I really care about the defensive side of the game. I play good defensively, then I’ll play good offensively. That’s how it is in my mind. You are going to get scored on, but you try and battle the hardest you can in the defensive zone to prevent that. I take a lot of pride in the D-zone games.

The No. 1 goal for the centre is helping the Kings contest for the Stanley Cup.

“That’s the main thing, always,” said Danault. “You play for that dream of winning the Stanley Cup, and that’s my goal every year. We are all focused on making the playoffs and then going from there. It’s a tough league because there are so many good players and good teams, but we believe in ourselves. We want to get better as a team. I’m sure we can bring more. We need to keep playing well. The playoffs, it’s always on my mind. That’s always the goal for me.”

Playing in Los Angeles has been a perfect fit for the native of Victoriaville, Quebec, along with his wife, Marie-Pierre, and their two children, Phillip-Édouard and Adélia-Rose.

“The guys are awesome. What a great team. It feels like a big family here. No one is spread out, really. They really do a lot to welcome you and make you feel comfortable. Every guy is very competitive on the ice and a great person off the ice. They treat us like family, and it was the same thing for Marie-Pierre. The wives and girlfriends treated her like family too. It was a really, really easy transition for us.”

Danault added, with a laugh, “They treat us like a king.”

Life outside of the rink has also been good to the Danaults, who have been taking advantage of the California weather.

“We have electric bikes, so we’ll take those out a lot. But we also like just getting out and walking. Our little girl is still very young, so we will put her in the stroller and walk down the strip. We also like to check out the restaurants too. There’s so much to do here. It’s awesome. We’re very happy to be here.”

Which is what Danault would no doubt say about another trip to the playoffs.

“That’s the goal and that’s what we are all focused on.”