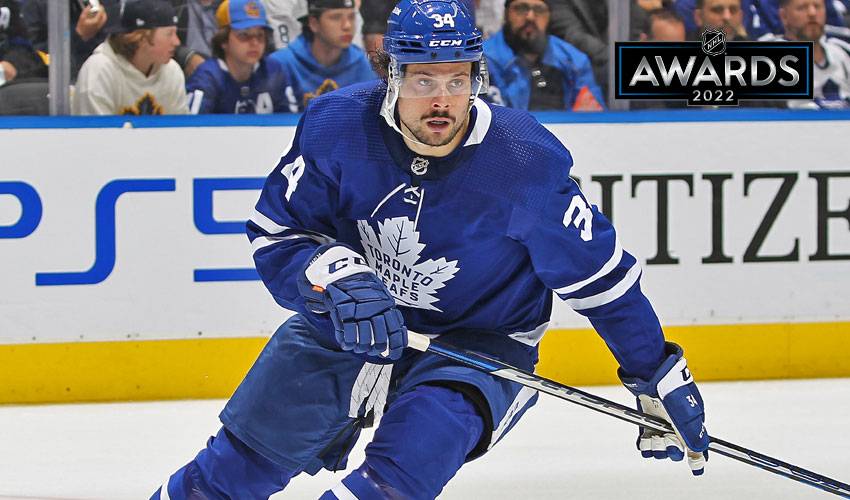 TORONTO (June 21, 2022) – The National Hockey League Players’ Association today announced Auston Matthews of the Toronto Maple Leafs has received the players’ vote as the recipient of the 2021-22 Ted Lindsay Award. The TLA is presented “to the most outstanding player in the NHL,” as voted by fellow members of the NHLPA. This season marks the 51st season of the award.

The 2021-22 TLA recipient was announced tonight during the 2022 NHL Awards. Defenceman Roman Josi of the Nashville Predators and forward Connor McDavid of the Edmonton Oilers were the finalists for the 2021-22 TLA.

As the 2021-22 TLA recipient, after finishing as a TLA finalist last season, Matthews becomes the first Maple Leafs player and second American-born player (Patrick Kane, 2015-16) to receive the award.

Matthews played in 73 of Toronto’s 82 regular-season games to help the Maple Leafs place second in the Atlantic Division with a franchise-best 115-point season. He scored 60 goals to win his second consecutive Maurice “Rocket” Richard Trophy – setting a Maple Leafs’ franchise record (surpassing Rick Vaive’s 54 goals in 1981-82) as well as a single-season record for the most goals scored by an American-born player (besting Jimmy Carson’s 55 goals in 1987-88). From Nov. 24 to April 9, Matthews scored 51 goals in 50 games. The 24-year-old native of Scottsdale, Arizona, led the league in even-strength goals (44), goals per game (0.82) and shots (348), while he tied for sixth in league scoring (106 points). Matthews tied for third in even-strength points (77), and he finished fifth in game-winning goals (10). He also recorded career-best marks in power-play goals (16) and face-off win percentage (56.22).

The Ted Lindsay Award is unique as the only award voted on by the players themselves, carrying on the tradition established with the Lester B. Pearson Award in 1970-71. NHLPA members annually vote on the player they deem to be the most outstanding in the NHL regular season. Reintroduced in 2009-10 as the namesake of the late Ted Lindsay – the Ted Lindsay Award honours his legacy as a Hall of Fame forward known for skill, tenacity, leadership and his role in establishing the original Players’ Association. For more information on the TLA, visit NHLPA.com. Join the conversation by using #TedLindsayAward.­­­­­­ 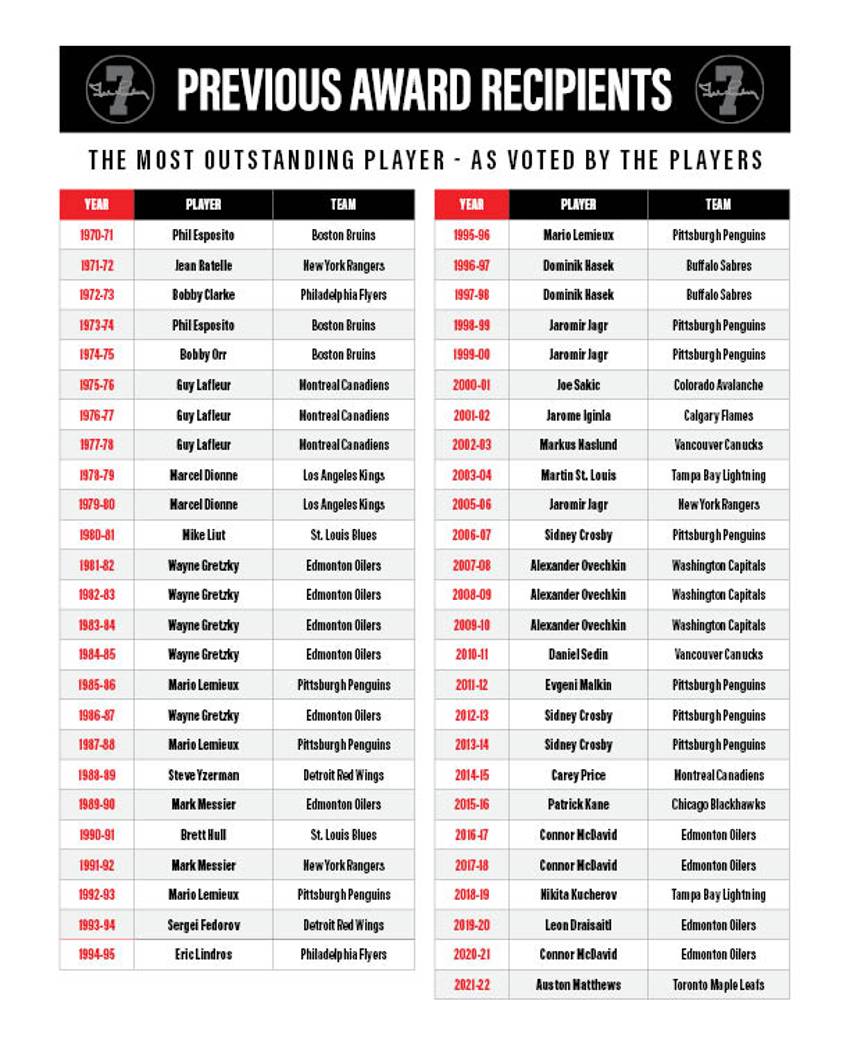