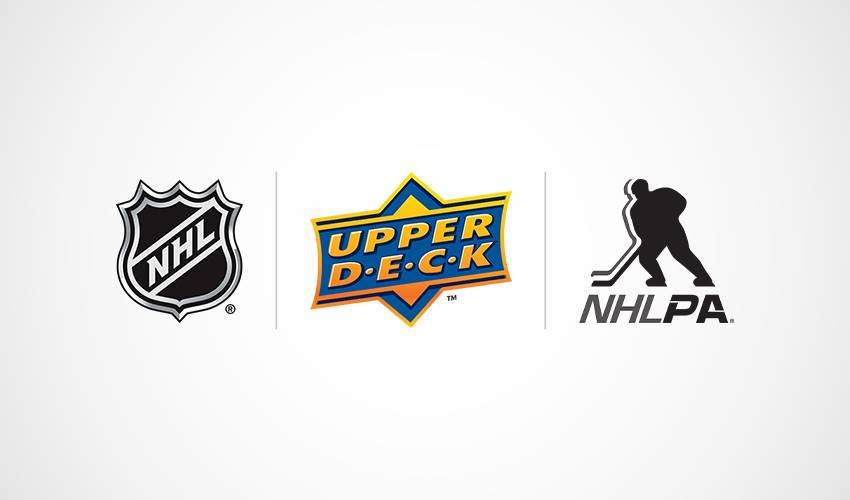 TORONTO/NEW YORK (October 25, 2021) – The National Hockey League (NHL) and the National Hockey League Players’ Association (NHLPA) today announced that each have agreed to long-term extensions of their licenses with The Upper Deck Company to be the exclusive licensed manufacturer of physical trading cards. NFT trading cards will also be part of the assortment of the NHLPA- and NHL-licensed offerings from Upper Deck in the future.

“We’re proud to continue our longstanding partnership with Upper Deck, an industry leader in trading cards,” said Brian Jennings, NHL Chief Branding Officer and Senior Executive Vice President. “Upper Deck continues to be a staple for hockey enthusiasts with proven track-record of offering a broad range of trading cards and other collectible offerings that appeal to and engage new and existing fans and collectors of all ages. As a market leader at the forefront of innovation in the space, we look forward to working alongside Upper Deck and the NHLPA to continue to push the bounds of the best-in-class collecting experience, and to provide NHL fans with the most dynamic and robust offerings from the high-quality physical trading cards to the expansion of the e-Pack platform and the introduction of NFT trading cards, as well as the myriad of other related offerings that modern hobbyists seek.”

“Throughout our relationship, Upper Deck has demonstrated its strong commitment to NHL players and their fans. They have continued to deliver exceptional products over the last 19 months despite the difficulties brought about by the pandemic, said Don Fehr, NHLPA Executive Director. “We look forward to continuing to build on our partnership and offer the highest quality traditional cards, as well as innovative digital collecting opportunities.”

Upper Deck has maintained NHLPA and NHL trading card licenses since the 1990-91 season and is credited with numerous innovations that have shaped the trading card industry over the last three decades. In 2016, the company launched ground-breaking technology with its patent-pending Upper Deck e-Pack® platform, allowing collectors to buy, trade and store collectibles at any time, from anywhere in the world.

“Upper Deck’s focus has always been on creating the best experience possible for collectors,” said Jason Masherah, President of Upper Deck. “With our proven track record and omni-channel strategy, we are able to empower the end-consumer to engage with the hobby through whatever way they prefer, whether trading card shops, mass retailers, direct to consumer, or online. For now, and into the future.”

In conjunction with today’s announcement regarding the NHL and the NHLPA, Upper Deck is unveiling the latest extension of e-Pack’s worldwide success with a new patent-pending NFT platform, Evolution™. Evolution is expected to launch this Winter and will allow fans around the globe to collect and trade never-before-seen licensed NFTs. The NHLPA- and NHL-licensed trading card NFTs are expected to be available on the Evolution platform in the future. Upper Deck’s expanded online ecosystem will include a vibrant secondary market and promises to become a go-to destination for new and experienced collectors alike.