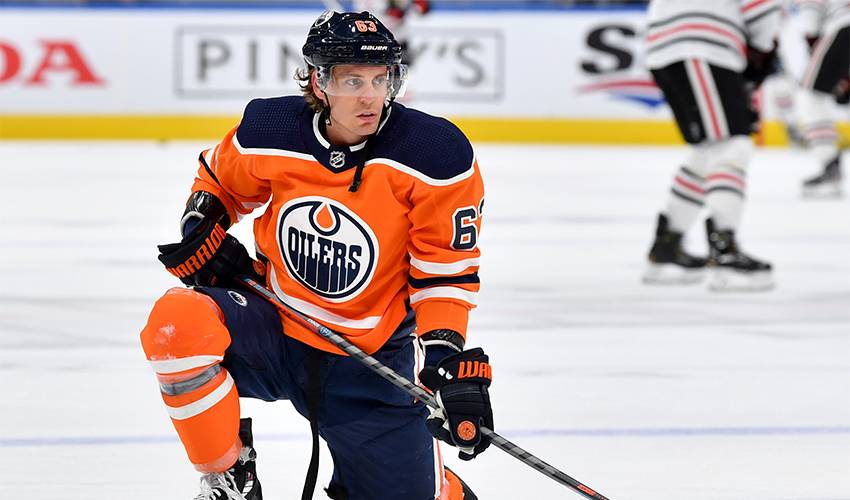 For Tyler Ennis, it’s a case of father and mother knows best.

After a brief, but impressive showing in nine regular season games with the Edmonton Oilers, the 31-year-old Ennis, who came the Pacific Division club after a trade with the Ottawa Senators on February 24, was looking to continue his strong play when the puck dropped on the playoffs.

It was during Game 3 of Edmonton’s qualification round series against Chicago when Ennis suffered a broken leg after his skate cut a rut and he crashed into the boards behind his net. One game later, the Oilers were also sent to the sidelines after a 3-2 loss.

While it was bad news all around for the player with 613 NHL regular season games to his name, some good news came in the form of two familiar faces that were ready to help out during his recovery.

“My parents came right over because they live in Edmonton,” said Ennis, the 26th overall pick (Buffalo) in the 2008 NHL Entry Draft. “They came over and cooked me dinner, which is nice. We’ve been catching up on sports, too. We were watching golf, basketball, and some hockey as well. I like to see Tiger Woods do well. He’s the guy I cheer for. I like golf, but no way I’m taking him in a round. Actually, I don’t know who I could beat on the golf course. My golf game, it’s no good. I love playing, but I stink. It is fun to watch it on TV with my dad.”

Having that time together, albeit under somewhat difficult circumstances, has been a silver lining during Ennis’ rehabilitation.

“It’s been really nice to see my parents. I live in Edmonton during the summers, so we do get to see each other quite often. With the injury, they stepped up right away to help. My mom, she’s a great cook, so I’ve been lucky to have some nice dinners over the past little while. My dad, he loves to watch sports, so we got to hang out and do that. They’ve been great, just awesome. I couldn’t be luckier to have them help me out.”

Just don’t expect Ennis to come out of his injury with heightened culinary skills. He didn’t get a first-hand master class in cooking.

“My mom would make the food at home and then bring it over, so I wasn’t able to pick up any valuable tips, or anything like that. She’s Irish, so she makes a really good Shepherd’s Pie.”

When he isn’t reacquainting himself with his mother’s top-shelf home cooking, Ennis continues to work hard in getting himself into game shape.

Fighting through the pain of a broken leg hasn’t been the most difficult part.

“The worst part of the injury is the mental side of it,” admitted Ennis. “It’s frustrating, but I’ve had a lot of people help me out. The Oilers staff has been amazing. Dealing with the pandemic, you have to do things differently. My apartment looks like a rehab centre. Everybody has been super-helpful with the organization, helping me get better, and back to where I want to me. You’ve had to think outside the box in terms of your rehab, but we’re moving along really well.”

Ennis, who was recently given the go-ahead to resume skating, is counting down to the days until he can play again.

Having re-signed with the Oilers (a one-year contract), he continues to work hard ahead of that moment.

“Really, it would just be nice to see everything in the world return to normal,” said Ennis, who scored 16 goals and posted 37 points in 2019-20. “I’m looking forward to playing, and hopefully, it will be under normal conditions. It’s been a strange time for a lot of people. For me, I’m used to recovering from injuries. I know it takes a lot of commitment, but I’m up for it.”

Ennis, who has played for five teams over his 11-year NHL career, views his rehab as a true team effort, spearheaded by his parents.

“You feel very fortunate to have so many people wanting to do what they can to help. And that’s just the way it’s been for me. I feel very lucky to have had a lot of people in my corner. It helps you in so many ways. You get excited thinking about that first game back and then to what you can contribute beyond that. It helps you push through.”

Pardon the pun, but the list of players in the NHL this season under 170 pounds is short. The list of defencemen is even shorter.

Even though his world junior golden moment happened a decade ago, Tyler Ennis vividly remembers the drama that played out as if it was yesterday.