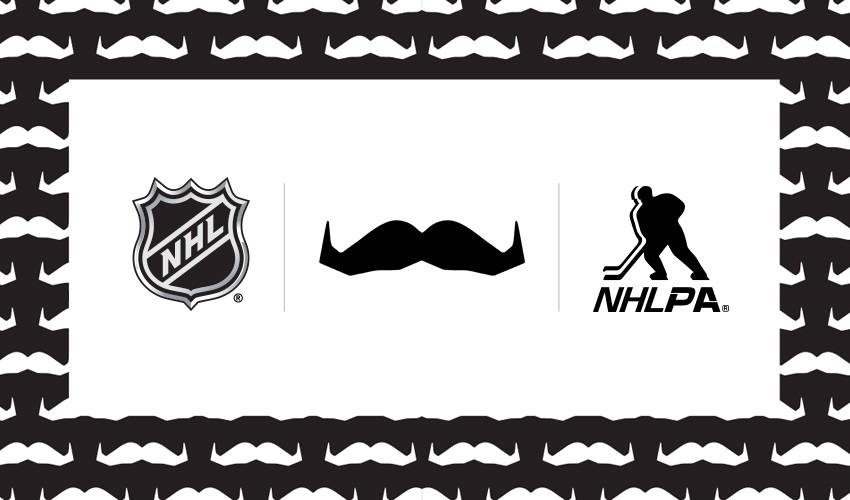 This November, Movember, in partnership with the National Hockey League (NHL) and National Hockey League Players' Association (NHLPA), is bringing fundraising to NHL fans with the first-ever Moustache Cup Challenge, a unique month-long fundraising initiative that pegs NHL team against team and player against player in the ultimate moustache challenge to raise funds and awareness for Movember.

The first-of-its-kind fundraising initiative brings together 12 teams from across the NHL and encourages fans to get behind their favourite team's designated "Moustache Cup Captain". From Winnipeg Jets forward Mathieu Perreault to Anaheim Ducks forward Adam Henrique along with 10 other NHL players, the Moustache Cup Captains will spearhead fundraising activity on behalf of their team, growing their own moustaches, developing a customized Mo Space dedicated to raising funds throughout the entire month of November, and encouraging their fans to get behind their efforts with hope of crowning them the NHL Moustache Cup champion.

Over the next month, the Vancouver Canucks, Edmonton Oilers, Calgary Flames, Winnipeg Jets, Las Vegas Golden Knights, Florida Panthers, Chicago Blackhawks, Minnesota Wild, Anaheim Ducks, Columbus Blue Jackets and the Ottawa Senators will rally their fanbases in an effort to be the top fundraising team in the challenge. The Moustache Cup will be presented to the participating NHL player who best exemplifies the regime qualities of moustachery, raises the most funds for Movember (through their fan network), and best utilizes those qualities to change the face of men's health.

This November, fans are encouraged to sign up to join their team's Movember Captain and their fundraising efforts, raising dollars alongside their favourite player. The winning team's top fundraising fan will receive two tickets to go see his/her favourite team play live, and the unique opportunity to present the official Moustache Cup trophy to their Moustache Cup Captain during a post-game meet-and-greet.

Beyond the opportunity to present the Moustache Cup, fans will also have the chance to win limited edition Movember hockey pucks throughout the month, signed by their team's Moustache Cup Captain.

So, how can fans get involved?

Movember 2019 is the year for NHL players, staff, and fans alike to truly come together to support Movember's men's health causes by helping to drive their Moustache Cup Captain to the top of the fundraising standings.