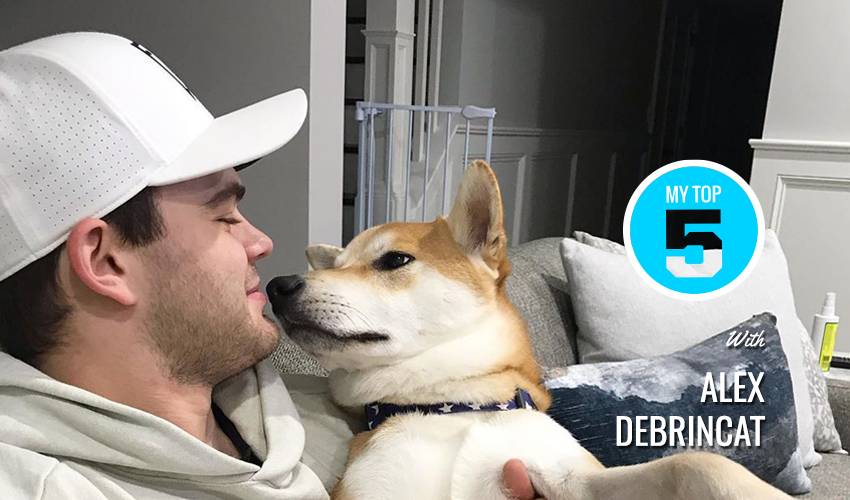 Ralph DeBrincat, aka, Ralph DeBrindog, continues to rack up followers on his Instagram page, making him almost as famous as his owner, Chicago Blackhawks star forward, Alex DeBrincat.

The 21-year-old DeBrincat, who scored 41 goals and posted 76 points in his second NHL campaign, visited NHLPA.com and gave the lowdown on his four-legged friend.

As for what Ralph’s going to wear for Halloween, it’s still a work in progress.

“We [DeBrincat’s girlfriend, Lyndsey] actually just talked about it. I’m not sure yet, but I’m sure it will be good.”

“That’s for sure on the list – he can definitely pick you up when you’re feeling down. If you have an off night, coming home and seeing him can definitely put you in a better mood. He’s always happy to see you when you get home.”

“You don’t ever feel lonely with him around. He’s just so much fun to have around. Even if you aren’t doing anything, he’ll be close you, and makes you feel so relaxed. He can be bad, but we forgive him pretty quickly because he’s the cutest dog. He gets away with a lot around our house.”

“He’s a good companion to sit down and watch TV with. He’ll crawl up and sit right next to you. When you just want to spend a little bit of time watching something on television, he doesn’t mind at all. He’s happy to be right there with you.”

“He’s a good sleeper. He’s probably sleeping 80 percent of the day. He definitely has what it takes to be a good napper. We takes our naps during the season, but he’s got me beat by a long way.”

5. Meeting of the canines

“It’s fun to meet people with other dogs when you’re out walking him. Whether we take him to the dog park or we’re just walking down the street, you get to have a little conversation with people. It’s nice to get out, grab some fresh air, and let him enjoy the outdoors.”