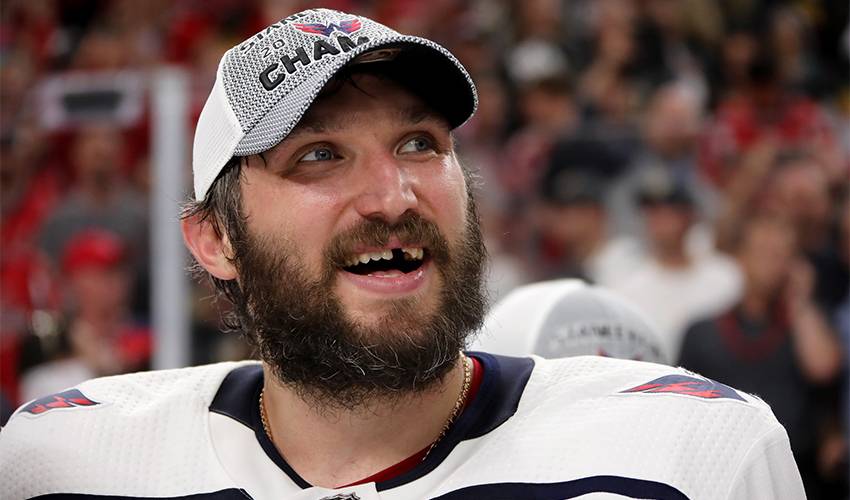 “It is a huge honor for me to be an ambassador for the entire Washington Capitals organization and the National Hockey League for this special trip to China,” Ovechkin said. “I think it is very important to spend time to help make people all over the world see how great a game hockey is. I can’t wait to spend time with all the hockey fans there and I hope to meet young kids who will be future NHL players. I can’t wait for this trip!”

Ovechkin led Washington to the 2018 Stanley Cup, captured his first Conn Smythe Trophy and became the first Russian player to captain a Stanley Cup champion. In his career, Ovechkin has won a Stanley Cup, a Conn Smythe Trophy, a Calder Trophy, an Art Ross Trophy, three Hart Memorial Trophies, three Ted Lindsay Awards and eight Maurice "Rocket" Richard Trophies. He is the only player in NHL history to win a Stanley Cup, a Conn Smythe, a Calder, an Art Ross, a Hart, a Ted Lindsay and a Maurice Richard Trophy. Following a 51-goal season in 2018-19, Ovechkin won the Maurice Richard Trophy as the NHL's top goal scorer for a NHL-record eighth time and passed Bobby Hull for the most times a single player has led the NHL in goals in a season.

“We are very excited that Alex Ovechkin will be joining us in China this summer,” David Proper, NHL Executive Vice President of Media and International Strategy said. “Alex represents the best in sports, as he epitomizes that combination of great talent, great personality and great sportsmanship. He is the perfect person to represent the NHL’s efforts to grow hockey in China.”

The announcement advances the NHL and the NHLPA's commitment to grow the game globally.

The League returned to China last September when the Boston Bruins and Calgary Flames played a pair of preseason games in Shenzhen and Beijing. The Bruins won both contests (Boston 4, Calgary 3 in a shootout at Universiade Sports Center in Shenzhen on Sept. 15, 2018; Boston 3, Calgary 1 at Cadillac Arena in Beijing on Sept. 19, 2018).

In addition, the Stanley Cup made its first visit to China in its 127-year history last September. The iconic trophy traveled to Hong Kong, Shenzhen and Beijing, capturing the attention and awe of fans of all ages.

With a population of more than 1.3 billion, China is committed to hockey and expects to expand its participation in all winter sports to 300 million people by 2022. The NHL continues to collaborate with sports and other authorities across China in developing grassroots hockey programs while supporting local youth hockey and hockey development at all levels.