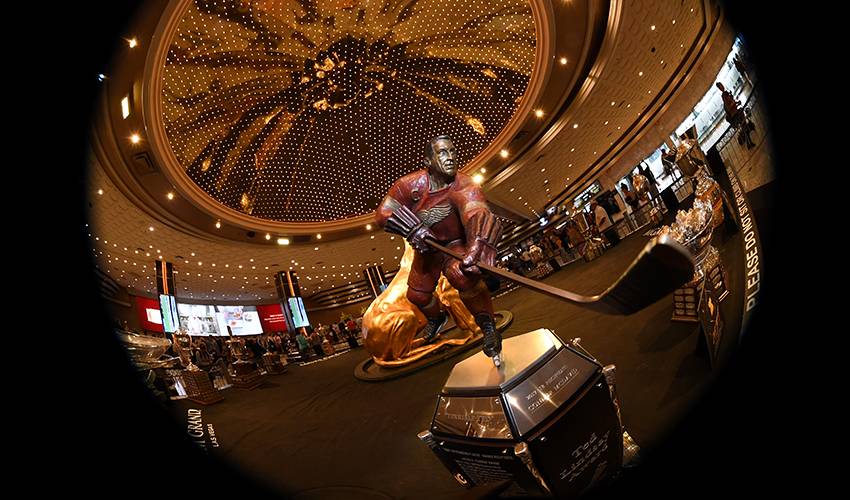 Ahead of the 2019 NHL Awards, NHLPA.com spoke to the voters for the Ted Lindsay Award – the players themselves. Members up for their own awards Wednesday in Las Vegas weighed in on what makes the TLA one of the most coveted honours among the players, and what makes this season’s finalists so special.

“I think the Ted Lindsay Award is, first of all, named after an unbelievable man,”  began Nick Foligno, nominated for the Bill Masterton Trophy for a third time.

“For everything he’s done for the game, he’s so well respected by everybody in hockey. Having an award named after him is so nice to see. To honour such a great person and to be a recipient of it, has to be one of the higher honours in the league, to be honest with you. When you’re voted among your peers as one of the best and you’re looked at in the light, as a player that’s all you can ask for. That’s why you play the game – as much as to win the Stanley Cup is to have the respect of your peers and the guys you’re battling up against every year. I think that’s something every player aspires to get or be recognized in, and we have some special ones in this league. It’s great to see this award is used for that – it couldn’t honour a better person.”

“It’s pretty amazing to be voted by your peers, to be honest.” Patrice Bergeron, the perennial Selke Trophy nominee vying for his record fifth win, echoed Foligno’s sentiments. “They’re the ones that play the game – and against you. They’re three amazing players [Patrick Kane, Nikita Kucherov, and Connor McDavid] and they should be proud of what they’ve accomplished. It’s an amazing award – it’s the most important one to me.”

“Patrick is an amazing talent. He’s so deceptive with the puck and the moves he makes, but also his vision. You always need to be aware of all the other players on the ice because he’s going to find them. Probably one of the smartest players in the league when he has the puck.”

Andrei Vasilevskiy, who is nominated for the Vezina Trophy, also pointed to the prestige of having acknowledgment from those who know the game best. If his teammate’s name is called Wednesday, you may just hear the Big Cat himself.

“It’s a big honour to get the Ted Lindsay Award – it comes from the guys who know hockey. I’m very happy for Kuch to be one of the finalists. He’s a great person and a great player – I’m cheering for him tomorrow.”

Foligno also tipped his hat to McDavid, who he praised for not only his skill – but his impressive nature off the ice too.

“Any time you play against him [McDavid], he’s such a dynamic player. It’s so impressive to see what he’s capable of at such a young age, how he gets better every year and really what the limit will be for him – I think it just depends on Connor. It’s pretty impressive that a player has those abilities and the way he carries himself – I’ve always been impressed with. It’s a credit to him with the following he has that he just stays humble and works hard – and he has the respect of his teammates. I think that’s something that you always judge guys on and he’s a guy that lives that, and I think that’s why he’s so respected in our league and appreciated for what he does on and off the ice. He’s a hell of the player that’s hard to contain but fun to watch.”