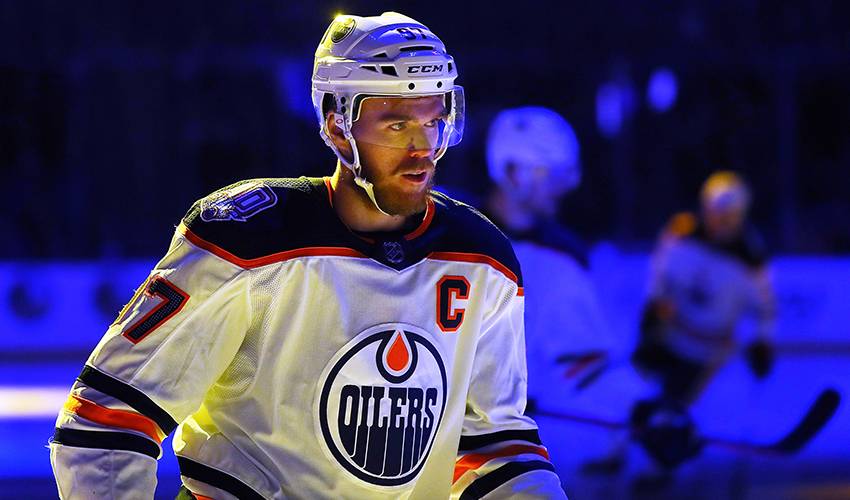 For Connor McDavid, the Ted Lindsay Award (TLA) is meaningful for three reasons: the person it’s named after, the prestige it represents, and the people that do the voting.

You get the sense that should he be named this year’s TLA recipient, one of hockey’s most dynamic stars would react as if it were his first such honour.

The votes are in and the players have spoken – the 2018-19 #TedLindsayAward finalists are @88PKane, @86Kucherov, and @cmcdavid97! More on the TLA and this season’s finalists: https://t.co/4kOr5sKpti pic.twitter.com/jwZ9kiRMII

In 2010, the National Hockey League Players’ Association (NHLPA) renamed the Lester B. Pearson Award, presented annually “to the most outstanding player in the NHL” as voted by NHLPA members, in honour of the Hockey Hall of Fame legend and man who played an integral role in the creation of the NHLPA.

“I’ve been fortunate enough to have received this award twice, two years in a row,” started the 22-year-old McDavid. “The first year, I got to meet Ted, which was an incredible honour… just in what he’s done for the players and the great career he had. It was just very special to spend some time with him. Now that he’s gone, I feel very fortunate to have had that opportunity. When he talked to us, I made sure I listened to what he had to say because he had so many great stories to share.”

On June 19, the Edmonton captain will find out if he’s netted the TLA natural hat trick. If he does hear his name called, McDavid would be the first three-time recipient before the age of 23, and the first player to be deemed most outstanding by his peers in three consecutive seasons since Alexander Ovechkin (2007-08, 2008-09, 2009-10).

The significance of receiving the TLA certainly isn’t lost on the first overall pick of the Oilers in 2015. Looking at the list of decorated past recipients puts it all in perspective for McDavid.

“Essentially, it’s the MVP of the league,” he said. “It’s voted by the players, the ones you play against throughout the season, and that makes it a very special honour. It speaks to the quality of people there are in the NHL, and the respect that exists between the players. Everybody gets to vote – I’m sure guys are voting for players they don’t like to go up against – but there’s always that respect among everyone.”

There’s no doubt McDavid has earned respect from players on all 31 NHL teams for his outstanding 2018-19 campaign. In fact, the players already voted him as the league's best forward in the 2018-19 NHLPA Player Poll.

.@cmcdavid97, your peers have spoken. Over 500 NHL players took part in the 2018-19 #NHLPAPlayerPoll – and they voted you for a hat trick of honours as the league’s best forward, most difficult to play against, and player they’d select to start a franchise with. Congratulations! pic.twitter.com/rRE6dj9pGy

McDavid skated in 78 regular-season games and led the Oilers in scoring (116 points), a personal-best mark in the category. The Richmond Hill, Ontario, native topped all NHL scorers in even-strength points (81), one more than Patrick Kane and Nikita Kucherov, the two other TLA finalists. He matched his goal total (41) from last campaign to tie for sixth place in the NHL, while his 75 assists ranked second in the league and set a new career-high standard.

Leading all NHL forwards in average ice time (22:50), McDavid tied for second in game-winning goals (9) and was third in takeaways (99). He also ranked second in the league in points, points per game (1.49) and multi-point games (36).

“To even be named in the same breath as those two players [Kane and Kucherov] is a real honour,” said McDavid. “Obviously, what Patrick has been able to do in the league, and with the run Kucherov has had in the last two seasons – it’s nice to see the both of them rewarded for their great play.”

And for one of the game’s best, having his name associated with hockey’s most coveted individual award will always be special.

“One name goes on the trophy, but there’s a village of people that should be on there as well. That goes for everyone’s name that’s on this trophy. It’s not just you… it’s your teammates, it’s your coaches, it’s your family and your friends. You can say that you accomplished something with that supporting cast, even though it’s your name that’s on the award.”