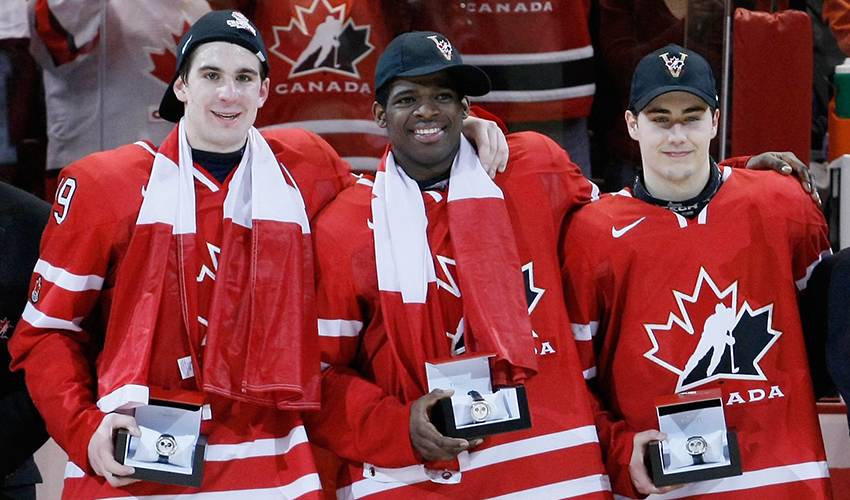 Since it began in 1967, the Canada Games has helped develop some of the country’s top athletes.

For Eberle, nearly 650 games into his NHL career, the men’s hockey bronze medal he won in 2007 as part of Team Alberta still stands as a cherished memory.

“I can remember just how cold it was during the Games,” Eberle started. “But it was beautiful in Whitehorse. They did a great job of hosting it and to be able to walk around the athletes’ village, meeting people from all over Canada who played different sports, and soaking up the atmosphere… it was something you’ll never forget.

“We wound up losing to Manitoba in the semifinals, but it was great to say that we won the bronze. I still have lots of friends from that team. Tyler Myers (Winnipeg Jets) was on our team. There were plenty of guys who played hockey in that Canada Games who went on to the NHL. Ontario had guys like Steven Stamkos, Alex Pietrangelo, Nazem Kadri, and Adam Henrique.”

Winning a medal, however, wasn’t the biggest takeaway for Eberle, whose decorated world junior career with Team Canada includes gold at the 2009 tournament and a silver medal in 2010.

Instead, it was what the Canada Games (this year being held in Red Deer, Alberta) represented for an aspiring NHLer.

“When you’re young and you have the chance to play in an event which is a mini-Olympics in many ways, you really appreciate what that’s all about,” said the Saskatchewan-born Eberle, who was named World Junior MVP and top forward in 2010 after netting eight goals and 13 points in six games. “It really helps you appreciate playing at that level, to feel pride in that way.”

“For as long as you can remember, you dream about the thought of playing for your country, how it would feel to put on that sweater,” said Eberle, who notched 18 goals and 36 points in 23 career world junior games. “And when you finally do, it’s even better than you could ever imagine.”

Which is exactly why Eberle remains grateful for his Canada Games experience from 12 years ago.