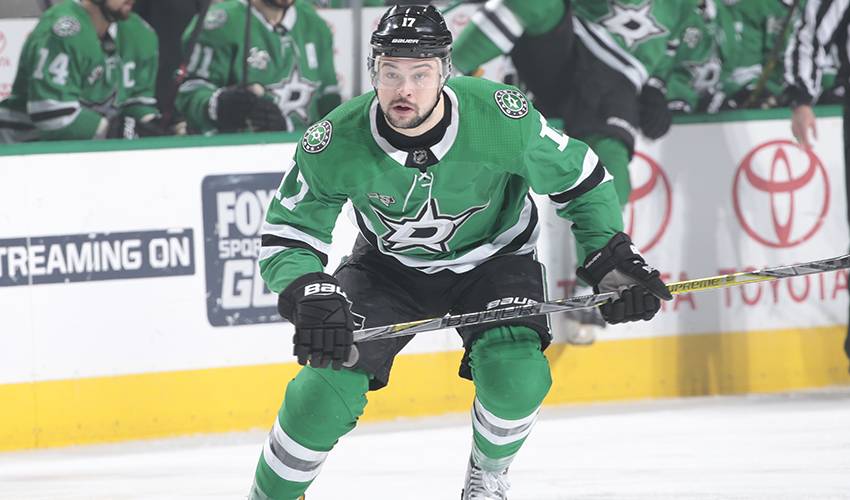 Throughout the 2017-18 Stanley Cup Playoffs, Shore, who had completed his second full big-league campaign, tuned in often to catch the action as teams faced off for hockey's top team trophy.

He liked what he saw. He just didn’t like not being part of it.

“You watch the playoffs at home and it looks like a blast,” said Shore, the 61st overall pick of the Stars in 2012. “We want to be part of that.”

For the past two seasons and three of the last four campaigns, Dallas has been on the outside looking in when it comes to the post-season picture.

He believes it will.

“I’m definitely going to come in confident and very motivated this year,” said the Ontario native who has yet to experience NHL playoff hockey. “I think if you ask anyone on our team they’ll give you the same answer. We have a really good team, but we haven’t been good enough the past two years. That’s the reality of it and no one is happy about it.

“We’re going to be a highly motivated group coming in to this season. With that said, there’s extra work in the summer. The more work you put in and the more prepared you get, that’s one of the best things you can do for your confidence.”

Shore, who played three seasons at the University of Maine, points to captain Jamie Benn as a key figure in the Stars quest to make it back to the Western Conference playoffs.

He also notes a well-rounded roster as another reason to have hope heading into 2018-19.

“It starts with the locker room and our leader,” said Shore, who has played in all 82 games the past two seasons. “That’s always a good situation to be part of. Our top-end talent, I think we can go up against anyone in the League. I do believe we have good depth as well and it’s going to be on us depth guys to do our job. I truly believe the pieces are there to do some good things. It’s exciting.”

Shore has reminded himself of that throughout the off-season.

“When you don’t make the playoffs, the summer isn’t fun,” he said. “When a workout seems tough, you try to remind yourself of the opportunity you have, both for myself and as a team. You don’t want to let that slip away.”