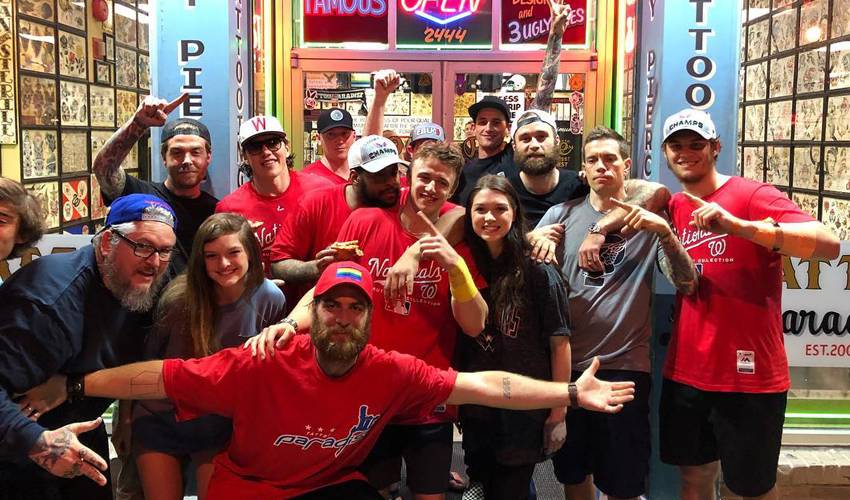 Vrana, 22, needed a helping hand, literally, from Capitals backstopper Holtby to get through the process.

Photos circulating around various social media channels showed Holtby holding Vrana’s hand when it was the latter’s turn to get his artwork done.

Someone just sent me this - Holtby held Vrana’s hand while he got the tattoo pic.twitter.com/eM49VbC4XC

“We decided to go out and get them,” said the forward. “It was definitely a good memory. Well, I don’t remember that much, but it was a good time. The guy did a great job on it.”

Who toughed it out the best while getting inked?

“Me, for sure,” said Connolly. “I’ve got a whole bunch already, so I know what to expect. Vrana had guys holding his hand. Wow.”

Connolly, who had six goals and nine points in 23 games during Washington’s Cup run, took great delight in watching his teammate struggle through the tattoo experience – while his own seemed easy as pie. 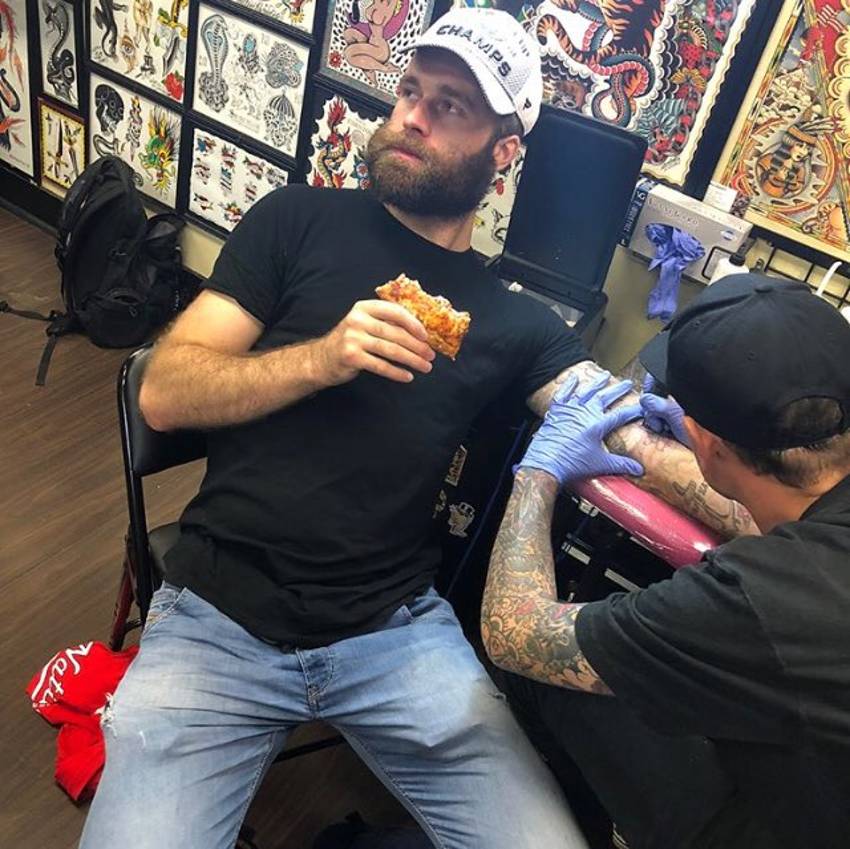 For the 26-year-old forward, it was more rewarding to see Vrana’s reaction than getting his own done.

“For sure,” he said. “That was pretty funny watching that. (Alexander) Burakovsky, it was the same thing.”

Good-natured jabs aside, both Connolly and Vrana view the tattoo adventure as a perfect example of the bond the Capitals players share on and off the ice.

“We’re all good friends and we’re riding a huge high,” said Connolly. “We had a lot of fun those three days after. It’s something that will last a lifetime. It took a couple of days for me to really believe that it (winning the Cup) actually happened – that I was going to wake up and it was all a dream. Once it started to settle in and sink in, what a great feeling it was. All of us had dreamed of that moment for our whole lives.”

Said Vrana, “When I came to this team, right away the guys helped me out as they did with the other new guys. We are very close, like a family. I couldn’t have won this with a better group of guys.”

And if Vrana needs a hand on his day with the Cup, will Connolly be there for his teammate?

“No way,” he said. “Not going to happen. “He’s on his own. I’m sure he can manage doing that with all his buddies.”

Vrana can’t wait for that moment.

“I’m still smiling,” he told NHLPA.com. “I’m having a great time and I still can’t believe it. It’s a great feeling to see my family so happy. Without them, it would never have happened. They always supported me. When I was young, they drove me to practice and lived the dream with me. It’s a really happy feeling. I can’t wait to share it with everyone.”

And maybe, just maybe, it’s worthy of another tattoo before the new NHL season gets underway.

Vrana is now available to rejoin the Detroit Red Wings as he enters follow-up care.

It was a Hollywood ending for Brett Connolly and the Washington Capitals in 2017-18, a season in which the right wing and his teammates hoisted the Stanley Cup aloft.