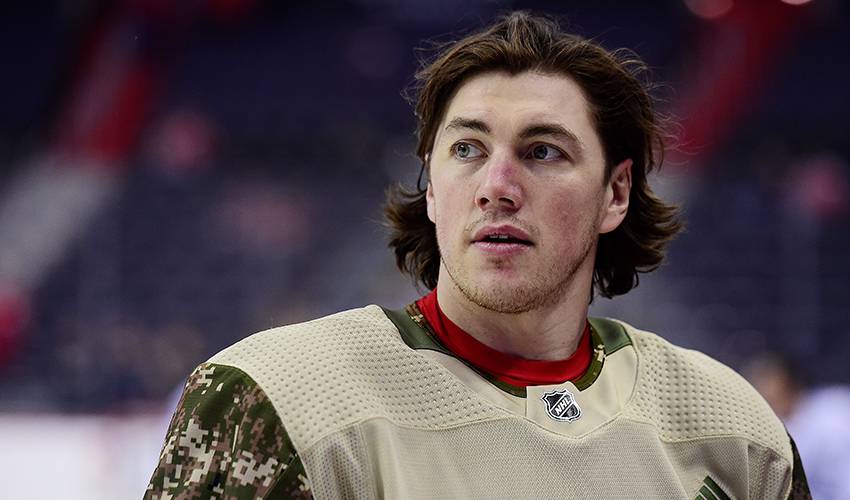 Over three seasons (2005-08), Timothy Leif Oshie averaged 1.10 points per game with the University of North Dakota’s men’s hockey team, including a team-leading 24 goals during his freshman season in 2005-06.

But ask Dane Jackson what first comes to mind about Oshie’s time at UND, and the associate head coach with the National Collegiate Hockey Conference club doesn’t talk goals and assists.

“His spirit,” started Jackson. “You see it all over him, just the way he loves the game, the way he’s always laughing, smiling, joking and competing. He just has an indomitable spirit that is infectious. He plays with such passion and such a joy and love for the game.

“Osh is an unbelievable teammate,” he continued. “He loves the camaraderie and the friendship of the boys, the joking around, but he’s as fierce a competitor as I’ve ever seen in my 12 years here at North Dakota.”

Jackson saw countless examples of it throughout the 129 U.S. collegiate games Oshie played in.

He also saw it during practices. When practice came to an end, Oshie was far from done.

“T.J. would have fun, but he came to work,” noted Jackson. “We would do a lot of skills early in the morning and he’d put in a lot of extra time. For him, it wasn’t really work at all. He loved being at the rink – shooting pucks, tipping pucks or doing little skill drills – and it wasn’t just about him working on his game. He wanted to get better, but he just loved being out there.”

Almost 650 games into an NHL career that began with St. Louis in 2008-09, the now 31-year-old Oshie continues to support his alma mater and keeps in touch with his former coaches.

Last season, during a Washington road trip in Winnipeg, the right wing, and then-Capitals teammate Tyler Chorney, who also played at UND, decided to make a special visit.

“T.J.’s a genuine guy,” said Jackson. “He’s also very loyal. I think he had so much love and so much passion for UND hockey that it comes pretty easy for him to want to stay connected and see what the guys here are doing now. He’s always at the alumni events or comes by the rink when he can. Last year when they were in Winnipeg – they had a day off – he and (Tyler) Chorney came down and talked to our guys. That’s pretty cool.”

It’s just T.J.’s way, Jackson will tell you. And he would certainly know.

“We’ve had him out on the lake on the summer and we’ve hit the links with him in the summer,” started Jackson. “He’s one of those guys that goes and talks to your kids not because he thinks it’s the nice thing to do, but because he wants to do it. He goes in the basement and plays hockey with my kids. He loves it. That speaks to how genuine he is.”

It also speaks to his lasting popularity.

“My youngest son, Dallas, has an Oshie room with a poster and a whole bunch of signed stuff,” noted Jackson, who also has son Dillon, 13, and 10-year-old daughter, Lila (she and Dallas are twins). “He’s a big fan. We’re big fans in our house, for sure.”

Based on his favourite NHL jersey growing up and his favourite place to be in the offseason, T.J. Oshie it's clear the Washington Capitals forward is a proud Minnesotan!

Teeing Up Success in St. Louis

TJ Oshie enjoys the game of golf, but his focus is the end of his tee-times and his return to the rink with the Blues